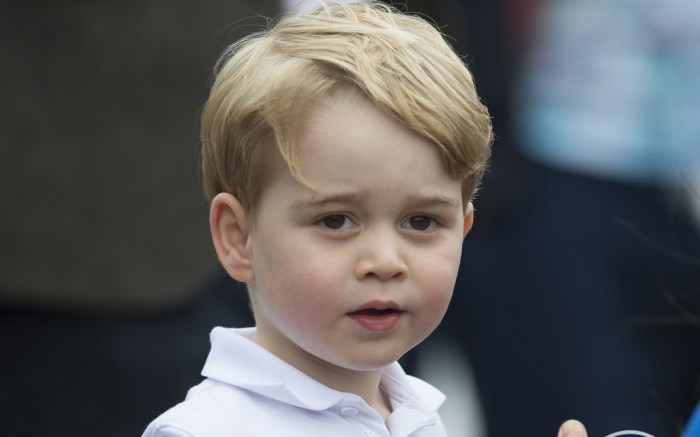 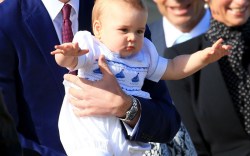 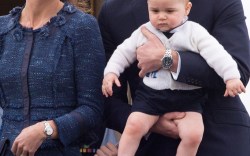 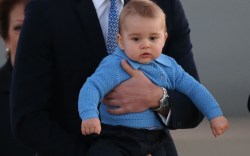 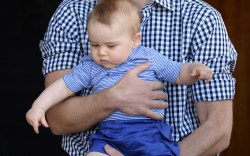 Prince George may be only 3 years old, but he’s already established a go-to list of shoe brands much like his mom, Kate Middleton.

In his first year, we saw George wear Early Days’ buckled leather shoes in both navy and cream when his parents, the Duke and Duchess of Cambridge, brought him along for public appearances.

As he started to grow, he was often seen wearing pairs by British brand Start-rite.

This year, the tot has been seen wearing Trotters shoes. In April, George was allowed to stay up past his bedtime to meet President Barack Obama and first lady Michelle Obama when they visited Kensington Palace for dinner.

The young prince wore a white robe customized with his name and a pair of light blue and white gingham pajamas. He capped off his look with velvet slippers by London brand Trotters. The slippers, embroidered with an image of a plane, quickly sold out on the Trotters website.

Earlier this month, George attended the Royal Air Tattoo with his parents, opting for a pair of Trotters buckled canvas shoes with a rubber sole for the air show.

He also joined in on the festivities celebrating Queen Elizabeth II’s 90th birthday this year. He wore Start-rite shoes in a specially commissioned portrait that appeared on stamps in celebration of her birthday.

Click through the gallery to see more of Prince George’s best shoe moments.