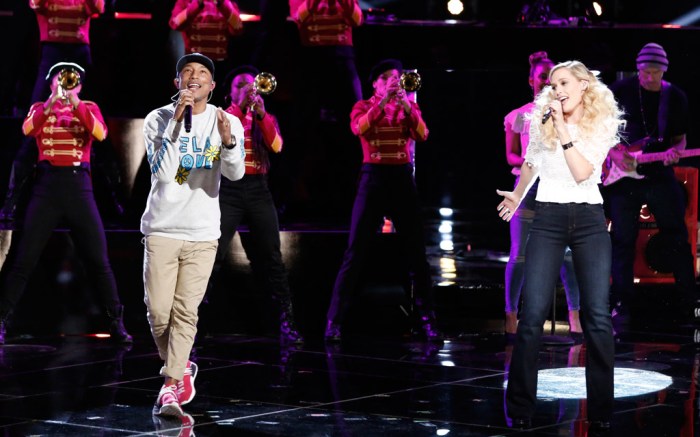 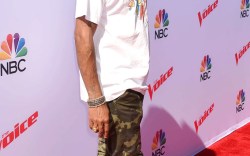 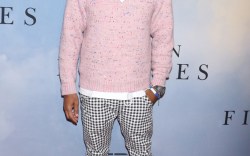 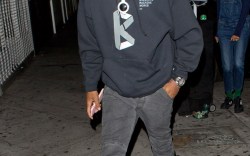 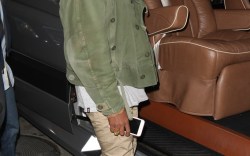 “The Voice” coach Pharrell Williams hit the stage during the NBC show’s live finale on Monday night with his last-standing contestant Hannah Huston. Williams, who continually sports Timberland boots on the show or Adidas Stan Smiths, switched up his look for a pair of unreleased Adidas NMD sneakers while the two performed his song “Brand New.”

The producer has been spotted in various renditions of the shoe before. In January, Williams wore a yellow and black version with “Human” and “Race” written on the top part of each foot. At the 2016 Grammy Awards, he hit the red carpet in the same design, but in a green colorway.

On Monday’s episode of “The Voice,” Williams wore the same shoes in a red-based design with a point of difference being that “Human” was abbreviated to just “HU” along the vamp.

There has been no word on a release date, but Williams has kept busy with the athletic giant after dropping two releases of his Pink Beach collection sneakers for Adidas Originals. The collaboration — featuring an elastic slip-on and elastic lace-up shoes — was well-received and sold out within a few hours. The Grammy winner recently celebrated the launch in Los Angeles on May 13.

For those looking to get a pair of the NMD style, Adidas announced this morning that the NMD_R1 in white will be released this summer. This design is a nod to the original NMD_R1 that dropped in December 2015 and was done with a black upper and the same red and blue accents. The brand has not yet provided a specific launch date.

Click through the gallery to see more standout shoe moments from Williams.