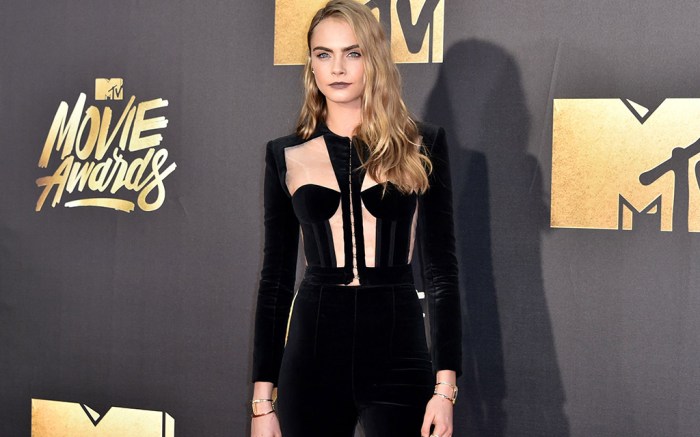 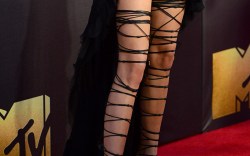 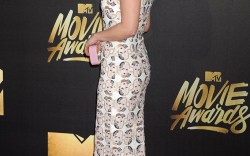 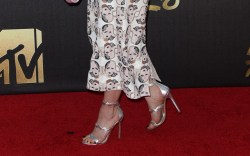 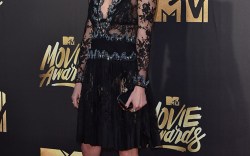 Most would probably agree that Kendall Jenner won the shoe game at the MTV Movie Awards on Saturday night—and we knew she would even before she hit the red carpet, thanks to the photo she shared on Instagram of her statement Dsquared2 shoes.

The 25th anniversary show was hosted by Dwayne “The Rock” Johnson and Kevin Hart and airs on MTV on Sunday night at 8 p.m. EST.

Click through the gallery to see more from the MTV Movie Awards red carpet.

Kylie Jenner Shows Off Favorite Shoes In Her Closet On Snapchat