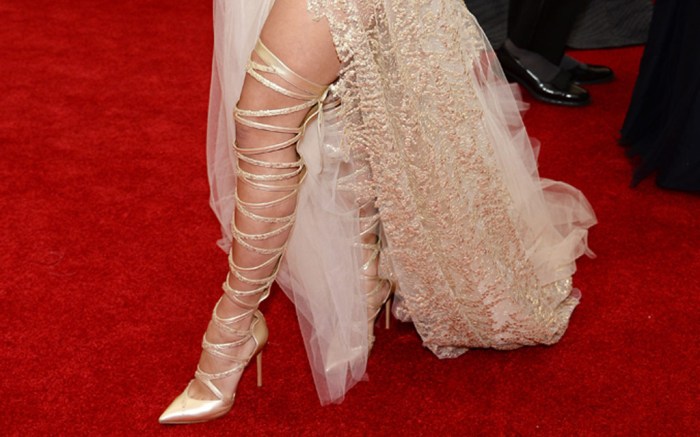 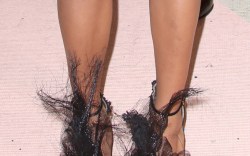 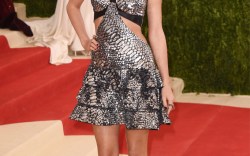 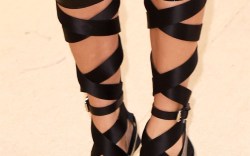 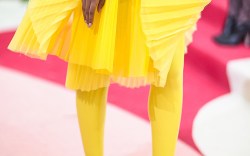 Fashion fans, brace yourselves — the 2016 Met Gala in New York is almost here. Set to occur on Monday, May 2, the annual red carpet event is a fashion spectacle that can’t be missed. This year’s theme, which aims to celebrate the use of technology in fashion, is bound to manifest a number of futuristic looks — hopefully, shoes included.

In honor of the big night, we’re reminiscing on some of our favorite — and craziest — looks from past red carpets. Previous years offered a number of daring footwear moments, from dramatic thigh-highs to sparkly stilettos.

Of course, who could forget Rihanna‘s 2015 Met Gala look. Though her trailing Guo Pei Couture gown was the most buzzed-about piece of the night, we were drawn to her sparkling Christian Louboutin Toerless Muse shoes.

In 2014, Rita Ora opted for a maximalist look. She wore a bondage-inspired Donna Karan Atelier gown and paired it with custom strappy Casadai thigh-highs. That same year, Marion Cotillard wore metallic squared-toe Christian Dior pumps, which had a robotic feel (they would be perfect for this year’s theme, actually).

Though Beyoncé has had a number of Met Gala hits, her 2013 Givenchy look is perhaps the most memorable. Her high-slit skirt allowed her custom printed thigh-high boots to shine.

Honorable mentions include Sarah Jessica Parker’s tartan thigh-highs by Christian Louboutin, which she wore in 2013. Madonna amped up her pink Casadei pumps that same year by wearing thigh-high stockings.

For more crazy Met Gala looks, click through the gallery.

Will Beyonce Wear Givenchy To The 2016 Met Gala?