Red Carpet Shoe Close-Ups From From The 2016 Met Gala 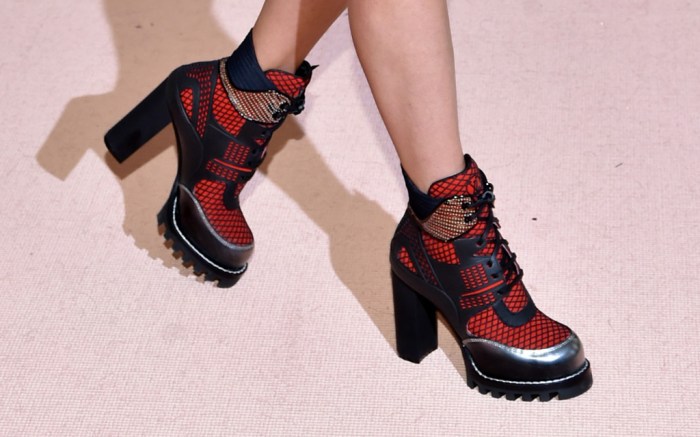 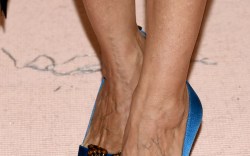 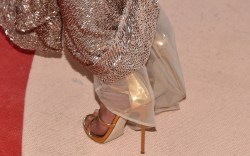 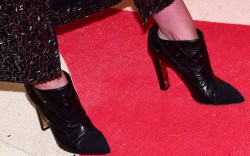 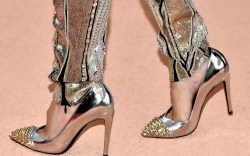 You’ve seen the dramatic gowns. You’ve seen the best (and worst) dressed list. And now we’ve got a closer look at all the shoes from the red carpet at the 2016 Met Gala, held in New York on Monday night.

While most of the celebs in attendance played it safe in the shoe department, a select few played up the night’s futuristic fashion theme. Topping our list is Taylor Swift, who wore custom Louis Vuitton gladiator heels.

Treading into more daring category, Lady Gaga returned to her early Mother Monster look by wearing extreme platform boots. She wore them with a bodysuit and cropped jacket by Versace. We wonder why she didn’t wear the new Marc Jacobs platforms, though — she walked in his show and everything!

A runway moment came in the form of Solange’s Lucite Loewe heels, though, which she paired with a David Laport outfit. While we loved the shoes, we wished her ensemble did them justice (the yellow latex stirrup pants hid them).

Meanwhile, Sarah Jessica Parker wore custom SJP Collection shoes that she designed herself. They had heavy embellishments that were purposely mismatched, with chain on one shoe and an oversized flower on the other.

To see more Met Gala shoes, click through the gallery.