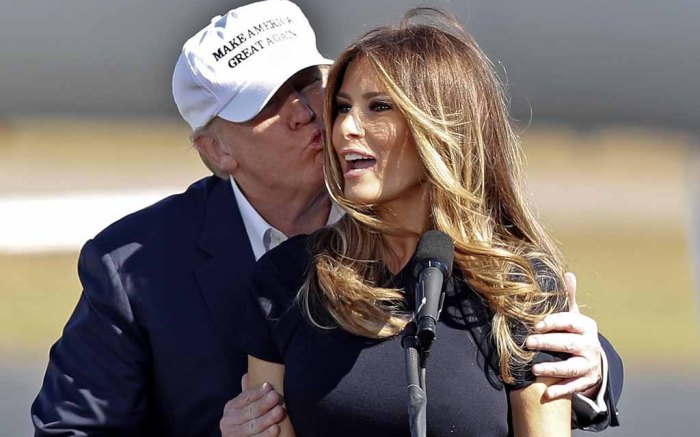 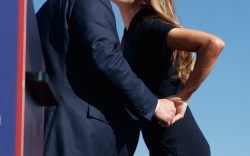 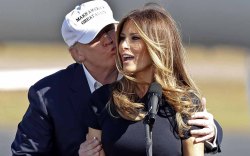 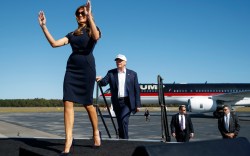 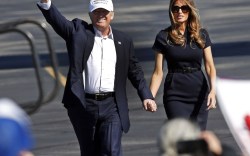 Her So Kate pumps feature a pointed toe silhouette and a 4.75-inch stiletto heel, retailing for $675 on the luxury label’s website.

The former model and mother to Barron, one of Donald’s five children, did not stray from her usual style.

Trump is fond of Louboutin’s pumps that feature soaring stiletto heels for special appearances — a look that she has stuck to throughout Donald’s campaign bid, as well as over the years as a red-carpet staple.

Melania also favors matching the colors and design treatments of her shoes to her dresses, accessories and bags.

Donald was quite affectionate with his wife during the political event, planting several kisses and embracing in front of the crowd.

Trump’s wife, along with his shoe designer daughter, Ivanka Trump, have been the candidate’s most famous supporters throughout the campaign.

The candidates will vie for a seat in the White House on Tuesday, after making several final pitches at battleground states. Trump later stopped at Reno, Nev., where Secret Service agents had to rush him off the stage after a protester attempted to access the podium. Clinton stopped in Philadelphia, where she was joined by Katy Perry and “Scandal” producer Shonda Rhimes.

Click through the gallery below to see more photos from the campaign rally.