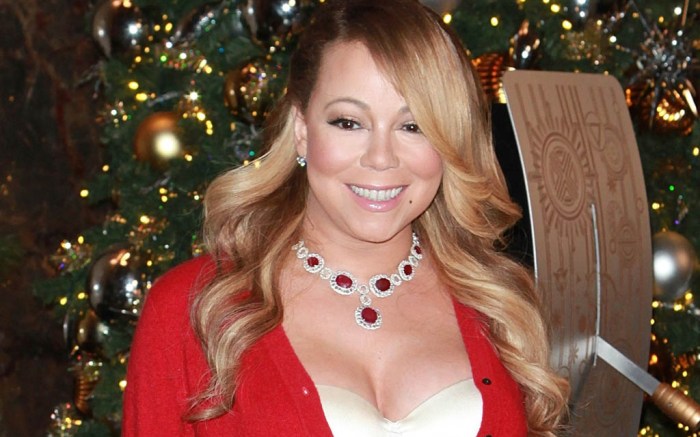 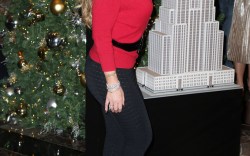 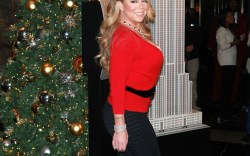 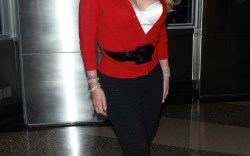 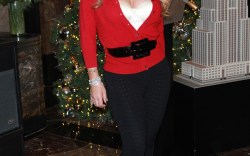 It’s a tough climb to the top of the Empire State Building, especially in towering heels. Still, Mariah Carey remained undaunted on Tuesday in a pair of 5-inch Alaia ankle booties on her latest trip to the Big Apple monument.

To switch on the Christmas lights at the iconic building, the Grammy winner kept true to her favorite shoe style — but they proved to be troublesome while going up a ladder to the peak observation deck of the 102-story skyscraper.

Taking to Instagram, the entertainer called it a “once in a lifetime, magical moment!” — noting that despite the dismal, cloudy background she was still in high spirits. “This was taken at the very top of the #EmpireStateBuilding,” she continued. “I had to climb a ladder in heels to get there but it was worth it!”

Alaia’s ankle boots feature a lace-up profile, patent leather material, a treaded sole, a stacked platform and a 5-inch heel. The shoes retailed for $1,378 but are sold out.

I know you can't tell from the clouds but this was a once in a lifetime, magical moment! This was taken at the very top of the #EmpireStateBuilding. I had to climb a ladder in heels to get there but it was worth it! Thank you @empirestatebldg for a great night. 🎄🌟🎅🏻☃️ . . . . [📷 photo: Jeff Kravitz @jeffkravitz]

The unofficial ambassador of Christmas was dressed the part in red cardigan that was unbuttoned to reveal a white bustier underneath, and a chunky Santa Claus-style black belt with black trousers. She lit the tower in red, green and gold ahead of the Empire State Building’s forthcoming light show that will be synced to her hit song “All I Want for Christmas Is You,” running Dec. 19-25.

Mimi’s woes with footwear was documented on her new E! reality series, “Mariah’s World,” which debuted Sunday. In the first episode, she moans about her struggles with a pair of platform stilettos, enlisting four handlers to take care of strapping her feet in the shoes.

“It’s taking me a minute to put these shoes on!” Carey explained while clad in a gown on a yacht in Capri, Italy. She was flanked by assistants who helped. “Oprah told me, ‘Don’t let anybody think that you don’t know how to put your shoes on anymore.’

“The problem is these shoes are abusive and I can’t put them on alone,” she added. “I’m not gonna lie about it.”