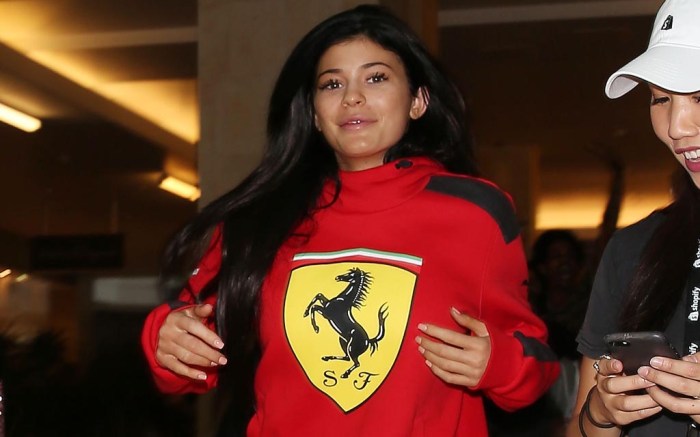 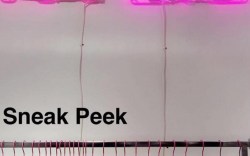 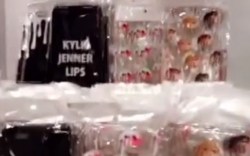 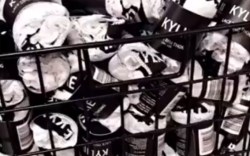 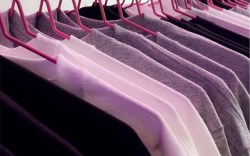 Kylie Jenner kicked off her new pop-up shop in looks that were close to home.

The Puma ambassador donned a pair of its new Ferrari collection ankle boots and companion sweater on Friday when she greeted fans at her temporary lifestyle store in Canoga Park, Calif., at the Topanga Westfield shopping plaza. It was her second outfit of the day after changing out of a maxi dress and Yeezy Season 3 heels when she arrived.

The collaborative sneaker from Puma and the luxury car brand features a leather and mesh upper, slip-in profile, Puma’s Formstrip at the lateral side and Ferrari branding at the side heel and tongue tab.

Jenner recently fronted an ad campaign for Puma’s Fierce KRM sneakers, which dropped in November at Puma stores, select retailers and on Puma.com.

Taking to Snapchat, the “Keeping Up With the Kardashians” star thanked fans who waited outside the mall as early as 4:30 a.m. for the opportunity to shop for her merchandise.

Some of the items available to purchase at the pop-up include her Kylie Cosmetics beauty line, as well as her self-branded underwear, phone cases, T-shirts and sweaters. Also available are Kylie x Arthur George socks ($15) — a collaboration with her brother Rob Kardashian’s sock brand.

Before making her way into the store, Jenner browsed some other shops at the mall alongside her mother, Kris Jenner, and boyfriend Tyga. The budding mogul was dressed in bombshell style for her arrival before later opting for a casual ensemble. She teamed an orange maxi dress with a pair of her brother-in-law Kanye West’s Yeezy Season 3 mesh ankle boots ($995).

Along with the pop-up launch, her e-commerce store Kyliejennershop.com debuted today, which sells similar merchandise.

Click through the gallery below to see more of the shop.