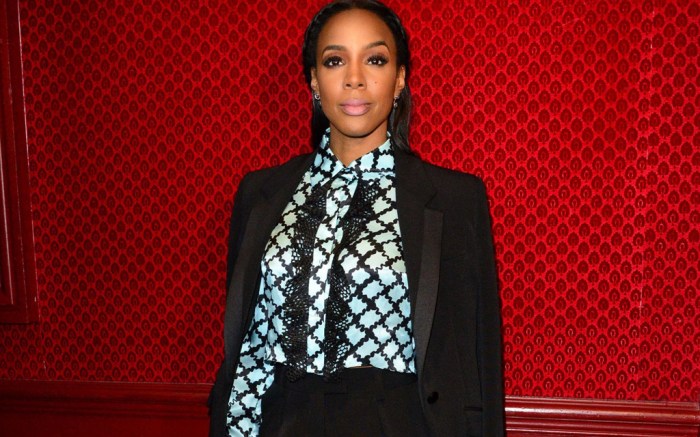 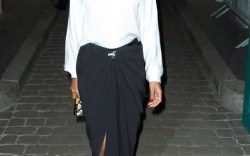 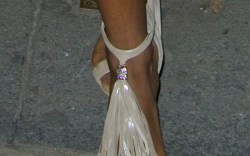 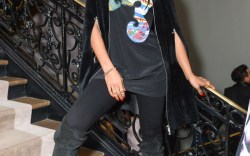 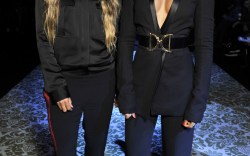 Kelly Rowland became a front-row regular during Paris Fashion Week. The singer made her rounds at various fashion shows and looked chic at each one.

Rowland particularly made a statement in a head-to-toe Balmain ensemble as she arrived to the show. She paired the orange spring ’16 look with lace-up sandals. Other stars seated in the front row included Kanye West and Kris Jenner, while Kendall Jenner, Gigi Hadid and Karlie Kloss hit the catwalk for Oliver Rouesting.

Another standout shoe moment from Rowland came at the Lanvin show. She wowed in a Lanvin design and Jimmy Choo Viola sandals while sitting front row.

Rowland was last seen sitting front row at the John Galliano show and wore the designer from head-to-toe. The former Destiny’s Child member has seemed to fully embrace fashion week, and her cut-out oxfords from John Galliano’s spring ’16 collection made quite the statement.

To see more styles Rowland rocked in Paris, click through the gallery below.