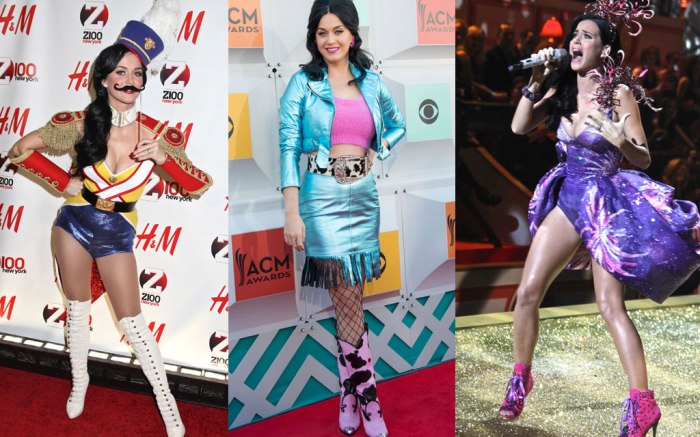 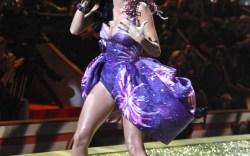 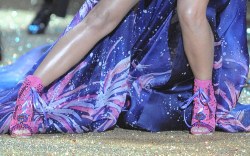 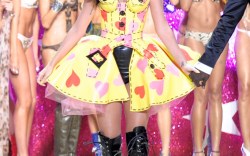 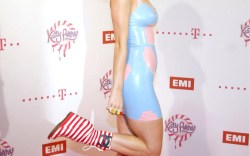 Pop star Katy Perry has never been known for subtlety.

Perry, who celebrates her 32nd birthday today, has always been partial to wild costumes since her breakthrough in 2007. The singer and designer Jeremy Scott forged a friendship years ago, so she often looks to him for crazy outfits for the red carpet and the stage.

This year, Perry wore two different pairs of cowgirl boots by Scott for the American Country Music Awards, where she performed with Dolly Parton.

Perry favors shoes with a cheeky theme, and we’ve seen her wear plenty over the years. During a trip to Paris in 2012, she wore a pair of lipstick heels by Alberto Guardiani and flame heels by Prada.

In 2010, Perry performed at the Victoria’s Secret Fashion Show in thigh-high boots and embellished booties to complete her ensembles by designer Todd Thomas.

Perry does know how to tone it down when the occasion calls for a more low-key look. For a Hillary Clinton rally in Las Vegas over the weekend, she wore simple Prada red suede platforms.

Click through the gallery to see more of Katy Perry’s wildest shoe moments.