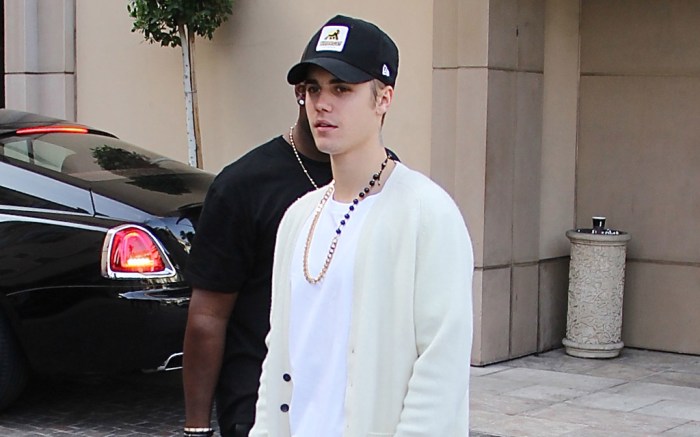 Justin Bieber was spotted in Los Angeles on Thursday sporting a new shoe. The “Love Yourself” singer is officially onto the latest Yeezy Boost 350 release in tan. For the past few months, Bieber continually chose Vans as his go-to sneaker style, but since receiving Kanye West’s newest colorway, Bieber has been rocking the tan Yeezys.

Just four days ago, Bieber received his special order from West, and he took to Instagram to thank the rapper.

Thanks Yeezy the beige ones are hard

The tan Yeezys hit shelves on Dec. 29, and within hours of the release, more than 120 pairs were posted on eBay, with the highest sale price hitting $2,000 — 10 times the retail price.

This isn’t the first time we’ve seen Bieber in Yeezys. If he’s not in Vans, Bieber opts for Yeezy sneakers in all-black, moon rock and the original gray.

When he first began promoting his new singles and album “Purpose,” Bieber hit the promo circuit wearing Yeezy Boost 350s on “The Tonight Show” and on stage in the all-black Yeezys at the MTV VMAs.

Soon after, Bieber started wearing Vans sneakers for almost every appearance, including the MTV EMAs, on the “Today Show” and at the American Music Awards.

Whether they’re red laceups, classic slip-ons in checkerboard or all-white, Bieber is a major fan of the California-based brand. In October, he gave fans a peek into his sneaker closet, showcasing even more Vans — including styles from the Disney collection.

The Shoe Surgeon On Creating Custom Kicks For Justin Bieber