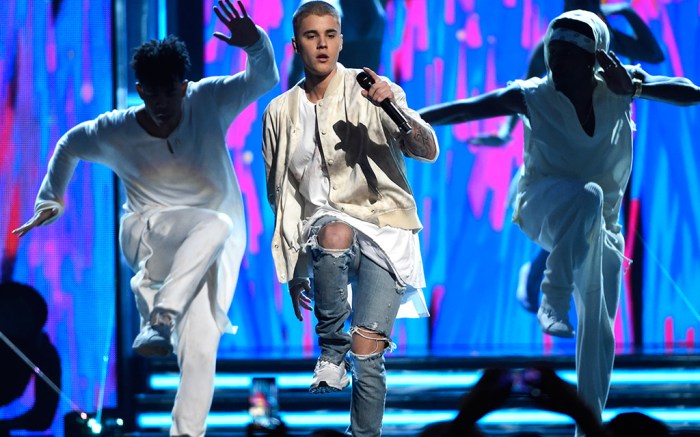 Bieber came into the awards show with 12 nominations in 11 categories and has so far received the award for Top Male Artist.

The “Love Yourself” singer is currently on his Purpose World Tour. Bieber has opted for Adidas’ Ultra Boost sneakers for nearly every show. He’s also worn Yeezy Boost 350s. As for his clothes, Bieber and his stylist Karla Welch tapped Fear of God founder Jerry Lorenzo to create Bieber’s stage look.

At the 2015 Billboard Awards, Kanye West closed the show with a now memorable bang. West chose white-on-white Adidas Ultra Boost sneakers for his performance, which featured an extreme amount of censorship, pyrotechnics and fireworks.

To see all the action from the 2016 BBMAs red carpet, click through the gallery below.