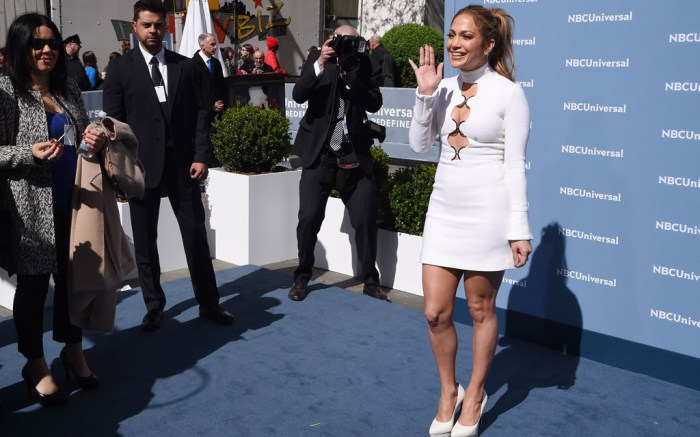 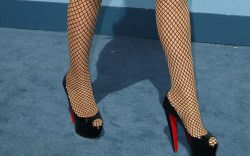 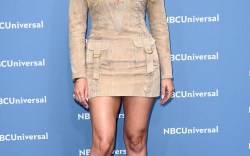 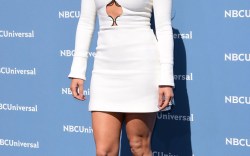 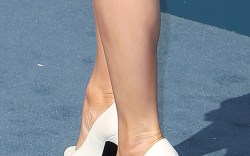 NBCUniversal kicked off its 2016 Upfront Presentation in New York City this afternoon with some of the entertainment industry’s biggest names. Other NBCUniversal networks featured in the programming-preview event included E!, Bravo, USA, Syfy and Telemundo.

Jennifer Lopez was on hand to promote the second season of NBC’s “Shades of Blue.” The “Ain’t Your Mama” singer hit the carpet in an all-white ensemble, which included Saint Laurent pumps and a David Koma mini dress.

Mariah Carey made an appearance to reveal the trailer for her new E! reality series, “Mariah’s World.” The singer showed up in sky-high Christian Louboutin peep-toe platforms. The shoes proved to be too high — even for Carey. She had a bit of a slip-up on the carpet and lost one of her shoes before heading inside Radio City Music Hall.

Inside, Carey was introduced by Bravo talk-show host Andy Cohen, and her introduction was nothing short of a spectacle. Carey changed out of her dress for a glittered one-piece and another pair Christian Louboutin pumps. She was escorted by two shirtless dancers.

Alicia Keys was also on hand with fellow singer Miley Cyrus to promote “The Voice.” Keys and Cyrus will be new coaches this fall for the show’s 11th season, joining veterans Adam Levine and Blake Shelton.

To see more stars hitting the carpet for the NBCUniversal Upfront Presentation, click through the gallery below.

Could This Be Kate Middleton’s New Favorite Shoe Brand?