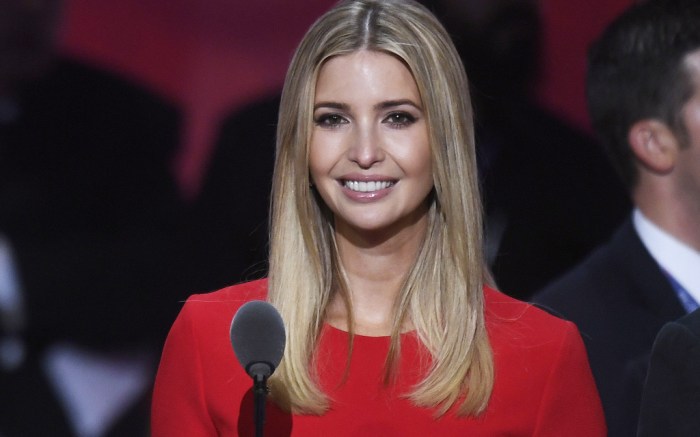 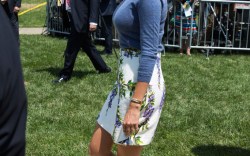 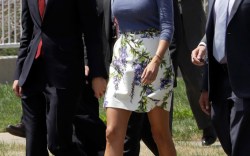 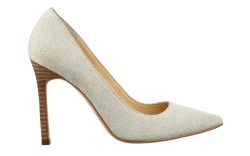 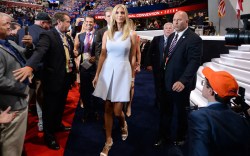 On Thursday night, Donald Trump accepted the Republican Party nomination for president of the United States at the Republican National Convention in Cleveland.

Leading up to that moment, much of the spotlight this week was on Trump’s children, four of whom took to the stage to speak about their father. While spending time both on the convention floor and onstage, it’s only fitting that Trump’s eldest daughter, Ivanka, wore pieces from her Ivanka Trump Collection.

Ivanka — both founder and CEO of The Ivanka Trump Collection and EVP of acquisitions and development at The Trump Organization — welcomed her father in Cleveland wearing the Carra pumps from her collection in a textured beige with a stacked 4-inch heel and a pointed toe.

Just before her father received the nomination on the convention’s second day, Trump took some time backstage to check in on her three young children on FaceTime, holding on to her white Hopewell satchel from her collection. As for shoes, she went with her label’s two-tone Garver lace-up sandals.

On Day Three, Trump opted for a cream floral dress and a simple gold bracelet from her collection.

For more of Ivanka’s looks from the Trump family’s historic week, click through the gallery below.