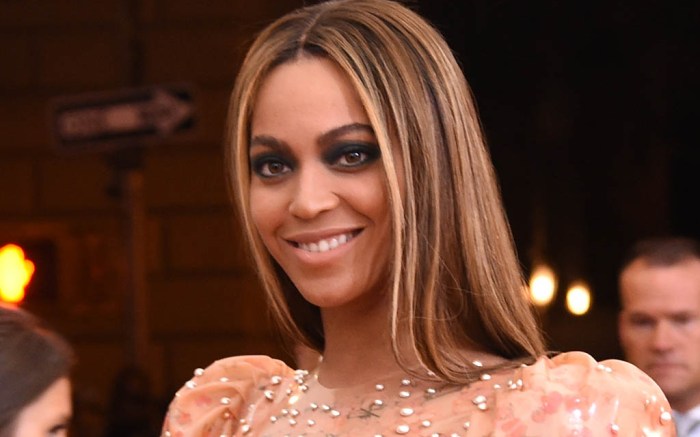 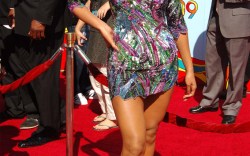 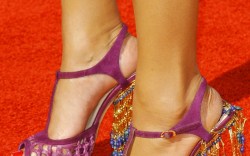 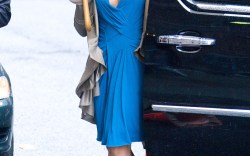 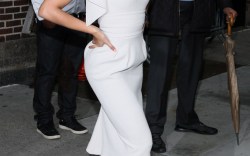 Superstar Beyoncé celebrates her 35th birthday on Sunday. For more than 20 years, the fashionista has been killing it onstage and on the red carpet, developing a style that has truly come into formation over time.

The former Destiny’s Child group leader’s footwear style has gone from wearing designs by her mother, Tina Knowles, to rocking luxury labels — favoring Christian Louboutin and Stuart Weitzman for the stage, and designers such as Giuseppe Zanotti, Saint Laurent and Manolo Blahnik for other special occasions.

On Friday, the hitmaker enjoyed an outing with her 4-year-old daughter, Blue Ivy, and stepped out in two chic styles.

While taking their pet dog out for a walk, Beyoncé opted for a pair of gold Giuseppe Zanotti T-strap sandals that featured gold ball embellishments and thin straps around the ankle, which some style experts have said creates a flattering silhouette that elongates the ankles.

Earlier in the day, she had on a pair of Nicholas Kirkwood’s Suzy graffiti wedge sandals that featured an open toe, crossover straps around the front and a floral print pattern that included blue, swirly graffiti designs.

Last week, Beyoncé performed in custom-made Christian Louboutin heels for a performance at the MTV Video Music Awards — where she took eight Moonman statues, and days earlier she stepped out in Saint Laurent sandals with husband Jay Z for the “Hands of Stone” premiere in New York City.

Below, click the gallery to see some of Beyoncé’s best shoe style moments.