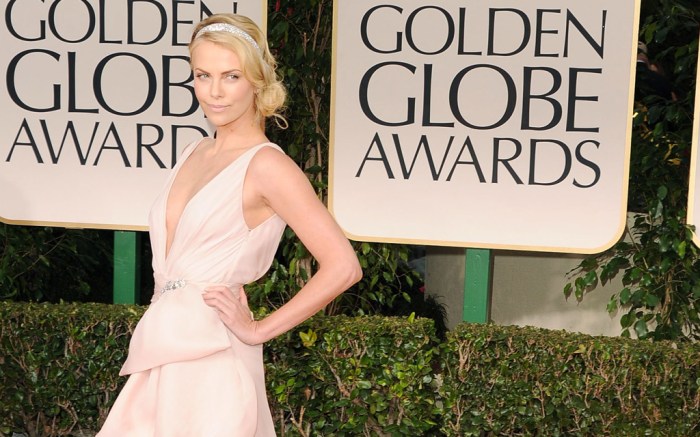 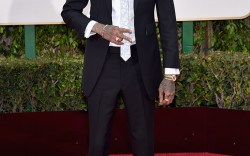 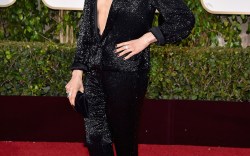 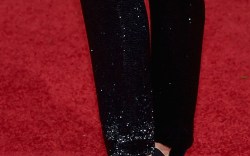 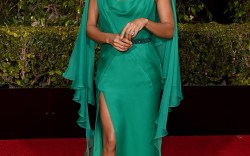 The Golden Globes have earned a bit of a reputation as the big party that kicks off awards-show season. For fashion, that means you’ll get a bit of everything on the red carpet. For shoe lovers, it also means we have hope that not all shoes will be hidden by yards of ball-gown skirts.

It’s hard to pick all-time favorites or best moments, but going back, there are always a few memorable shoes and looks that grab everyone’s attention, whether in the best or most-questionable sense.

In 2003 Sharon Stone showed up on the red carpet in a shredded dress by Versace. While the look might not have won her many accolades, her cutout, mid-calf boots were definitely scene-stealers.

Back in 1995, Kate Moss made waves in a pair of Mary Jane-inspired pumps, paired with her custom-sequined turtleneck gown. Moss was one half of the night’s golden couple: Her date was Johnny Depp, who took home Best Actor for “Ed Wood.”

Charlize Theron never ceases to make best-dressed lists. In 2012, she effortlessly added edge to her sweet Dior high-low dress with a pair of Givenchy sandals.

Who can forget Helena Bonham Carter in 2011 wearing mismatched shoes with her punk-inspired dress by Vivienne Westwood? We expect nothing less from the queen of quirk on the red carpet.

Which looks are your top picks?

Click through the gallery to see the memorable shoes of the Golden Globes carpet.