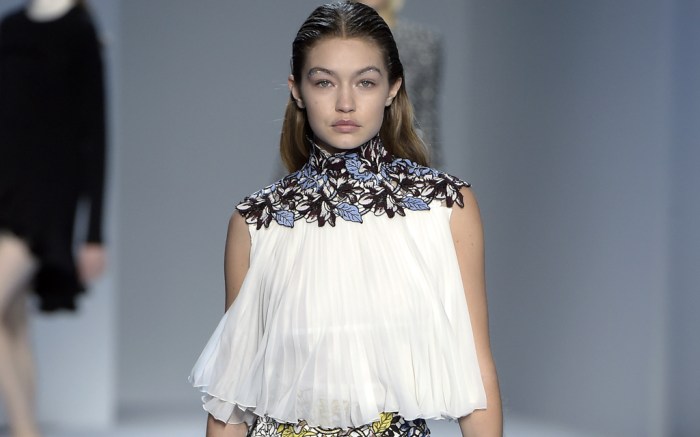 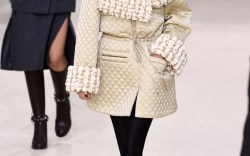 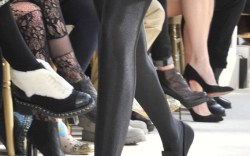 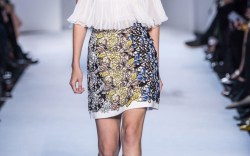 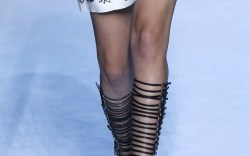 Keeping up with the Kardashians? Try keeping up with Gigi Hadid. It was a job just to keep up with Hadid as she jetted from the runways of New York to Milan to Paris, even going incognito as a brunette for a day in Paris.

In New York, Hadid was the star of the Tommy Hilfiger show, rocking a pair of gold loafer heels with button details and T-strap pumps.

She also appeared in Diane von Furstenberg’s show and the Fenty Puma by Rihanna show before jetting off to Milan. There, she headlined the Versace show, wearing the label’s fitted zip-up ankle booties.

Paris was really where Hadid stole the show – or rather every show she appeared in. In the star-studded Balmain show, Hadid was nearly unrecognizable in a brunette wig. She donned a pair of Olivier Rousteing’s thigh-high suede fitted boots.

Next up? Opening the Giambattista Valli show and walking in Chanel and Sonia Rykiel.

Click through the gallery to see all of Gigi Hadid’s fall ’16 fashion month moments.