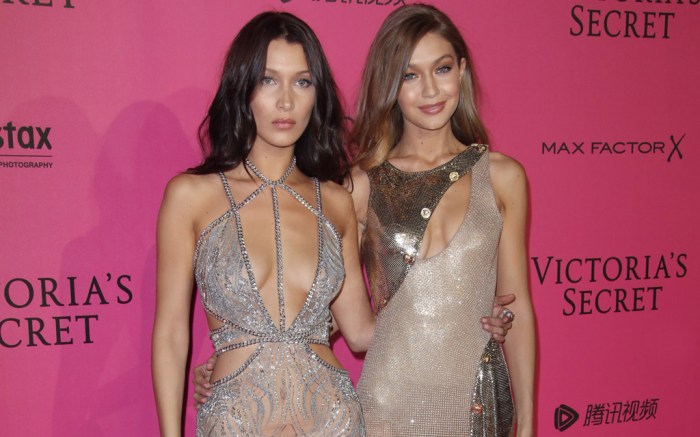 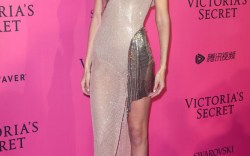 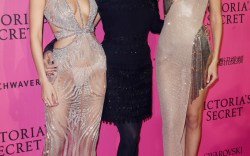 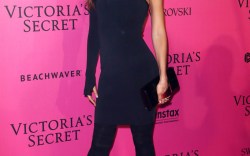 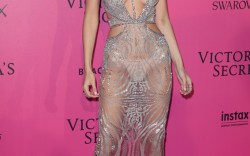 Bella Hadid walked in her first Victoria’s Secret Fashion Show on Wednesday, and when it came time to celebrate after the show, she made a major statement.

For the after-party Hadid wore a sheer Julien Macdonald dress that left little to the imagination, much like the lingerie she wore on the runway. She paired it with metallic strappy sandals. Her older sister Gigi Hadid followed suit in a shimmery Atelier Versace gown and Dsquared2 metallic lace-up sandals.

The sisters’ mom, Yolanda Hadid, also came onto the pink carpet to pose with the two.

Click through the gallery to see what all the models wore to the VS Fashion Show after-party.

The Victoria’s Secret Fashion Show Broken Down in Numbers