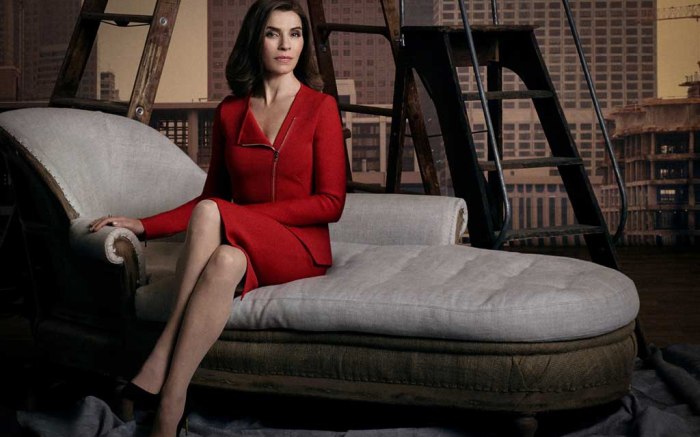 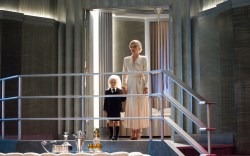 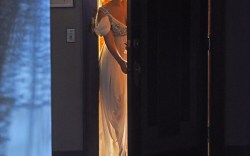 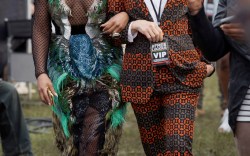 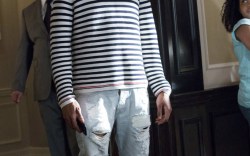 Television continues to experience a major renaissance — and as a result, top costume designers are getting major exposure on the small screen.

The visionaries behind some of the best wardrobes on TV were recently presented with top honors at a pre-recorded Creative Arts Emmy ceremony that will air on Sept. 17 at 8 p.m. ET on FXX, ahead of the 68th annual Primetime Emmy Awards taking place in Los Angeles live on Sept. 18 at 7 p.m. ET (4 p.m. PT) on ABC.

Footwear News was on the scene recently at the kickoff event for the Fashion Institute of Design & Merchandising Museum’s 10th annual “Art of Television Costume Design” exhibition (through Oct. 15) in Los Angeles, where some of the nominated designers revealed how they created drama on the small screen — from head to toe.

“With TV production, you see a lot of designer shoes being the focus because you’ve got something that’s ready-made that costume designers can pull,” said exhibition curator Kevin Jones. “What they’re wearing is something you can relate to because you can actually wear it, and that is precisely what the industry wants you to do.”

What footwear ruled on TV this year? Read on.

“The Good Wife” (CBS), Season 7
About the series: The show, which wrapped earlier this year, stars Julianna Margulies as Alicia Florrick, a former stay-at-home mother who dives back into her career as an attorney amid a sex and corruption scandal involving her husband (Chris Noth). Christine Baranski and Archie Panjabi co-star.
Costume designer: Daniel Lawson
Fashion philosophy: “Right off the bat, I knew we had these three very strong women: Alicia Florrick, Diana Lockhart (Baranski) and Kalinda Sharma (Panjabi). I wanted to make them look really feminine and still [powerful].”
Top brands and styles: “It was so important to me, even down to my extras, to have them in the proper footwear because heels can change the way you stand. They bring presence and strength. Julianna can handle a high heel — she wore Gucci platforms a lot. We were able to buy several versions of the same shoe in different colors. Christine wore a lot of Stuart Weitzman and Manolo Blahnik. Archie’s character was all about boots. She wanted to wear slouch boots at the beginning of the series. She loved them so much that we couldn’t get her out of them.”

“American Horror Story: Hotel” (FX), Season 5
About the series: Murder and mayhem lurk around every corner at the Hotel Cortez in downtown Los Angeles, headed by the bloodsucking, fashion-plate owner, The Countess — played by Lady Gaga. The show also stars Kathy Bates, Angela Bassett, Sarah Paulson and Matt Bomer.
Costume designer: Lou Eyrich
Fashion philosophy: “I am mad about shoes, and I often start many costumes from the ground up, including with Hypodermic Sally (Paulson). I had a ball with her shoes. I designed a costume around Mary Janes from Topshop, but we’re all over the board.”
Top brands and styles: “Gaga’s character, the Countess, wore a lot of very expensive shoes, including Giuseppe Zanotti and Valentino. Lady Gaga [is the kind of person] who can run through the cemetery with a gown and Alaia boots.”
More on Lady Gaga: “We collaborated a lot. She has an incredible connection to most of the big showrooms around the world, so we had things flown in for the show, and she opened up her own archives for us. We used three or four pieces from her own collection.”

“Transparent” (Amazon), Season 2
About the series: The dynamics change for a Los Angeles family when the father (played by Jeffrey Tambor) becomes openly transgender. Also stars Judith Light, Gabby Hoffman and Jay Duplass.
Costume designer: Marie Schley
Wardrobe challenges: “Finding a women’s size 14 shoe is not easy, nor is finding one that’s comfortable. I feel like I bought all of them.”
Top brands and styles: “For Ali (Hoffman), we used Vans high-tops, and she wears vintage Chelsea boots. Maura (Tambor) always wears a sensible sandal — she’s in her 60s, so she can’t really wear a heel. Shelly (Light) wears Easy Spirit.”
Fashion philosophy: “Everyone has their own look — it’s very specific to Los Angeles and a certain niche in L.A., the East Side. Maura was a professor at UCLA, so she wears caftans and has a liberal-minded aesthetic. Her children also experiment through their clothes. It’s based on this concept that when one person in a family transitions, they all transition. They are all on a journey and exploration of their identity.”
Conveying a message through shoes: “Ali’s character is reading feminist theory and expresses her style with exuberance — some day she’s femme, other days, she goes for an ’80s style. She doesn’t have much money, so she doesn’t wear many shoes. For her, the Chelsea boot goes both ways — it’s boyish, trendy and fashionable. We try to keep the show grounded in a feeling of realism, so I reuse shoes all of the time.”

“Roots” (History), 2016 miniseries
About the series: The historical drama is a remake of the 1977 miniseries based on Alex Haley’s 1976 novel, “Roots: The Saga of an American Family.” It traces the lives of West African warrior Kunta Kinte (actor Malachi Kirby) and generations of his progeny after he’s enslaved and taken to America in the 1770s. The cast includes Forest Whitaker, Anna Paquin, Laurence Fishburne, Jonathan Rhys Meyers, Anika Noni Rose, Regé-Jean Page, T.I. and Nokuthula Ledwaba. Costume designers: Ruth E. Carter (interviewee) and Diana Cilliers
Shoe significance: “For the most part, footwear in the 18th century and early 19th century was a luxury. Since slaves mainly had one pair of shoes that they were given if the conditions were cold or wet, for the most part, we tried to get by with the barefoot look.”
Style choices: “For the gentry, we kept it very simple: The women wore a lace boot that had a Napoleon-style heel. For Chicken George (Page), we started him out with a simple leather jazz boot that we wrapped a canvas spat over. After he started to make a tiny bit of money, he was able to buy a fancy pair of shoes.”

“Empire” (Fox), Season 2
About the series: Tensions reach a boiling point among feuding family members behind hip-hop mogul Lucious Lyon’s (Terrence Howard) music label. Also stars Taraji P. Henson, Trai Byers, Jussie Smollett, Bryshere Y. Gray and Gabourey Sidibe.
Costume designer: Paolo Nieddu
Top brands and styles: “I used a lot of Manolo Blahnik on Cookie (Henson); I love the BB pumps. We’re seeing her at home now, so I got her a house shoe — these cute Michael Kors clear slides that are PVC with crystals and Agent Provocateur marabou mules. For Lucious, I used Prada and Ferragamo. He also loves the Left Shoe Company. You can customize their shoes with color combinations, and it’s a bit more of a tailored fit. On Jamal (Smollett), I used a lot of Saint Laurent — boots with a heel. For Hakeem (Gray), he’s like the boy version of Cookie, so he has a lot of different brands. I used a lot of Margiela high-tops — it’s my favorite because it lays so good with pants. It’s not too chunky where it makes the leg look small.”
Special looks: “We did custom shoes for Gabby and Terrence. For Gabby, I used Shoes of Prey to find a shoe that fit properly. With Shoes of Prey, they are amazing — you can trace the wearer’s foot and customize colors. They usually do a wider width that you can’t get in stores.”
Standout moment: “I love when Cookie (Taraji P. Henson) reveals herself in the gorilla costume — that was a moment. She was wearing a Gucci sheer dress with feathers. The shoes were Giambattista Valli — they had thick chains around the ankles and around the top, and that was a message with the cage.”

“Outlander” (Starz), Season 2
About the series: A World War II nurse (Caitriona Balfe) in 1945 on her honeymoon in Inverness, Scotland, touches a mysterious stone that sends her back in time to the 18th century. The cast includes Sam Heughan, Tobias Menzies and Gary Lewis.
Costume designer: Terry Dresbach
Fashion philosophy: “We were going to be as authentic as we possibly could and historically accurate—we did not want to modernize [18th century] fashion; it’s fabulous as it is. There were a lot of shoes that I wanted to do that were heavily embroidered and embellished. You don’t see as much shoes as you want, but we worked with incredible silks. When there’s a show that’s so intense as this is and it’s so big, you have to find your little moments.”
Standout style moment: “Jamie’s (Heughan) rock-star-looking boots — this is based on an 18th century shoe that I tweaked a little bit. Great fashion never goes away. That is from a painting I found from the Metropolitan [Museum of Art] — there was a man sitting there in the boots, and I was like, ‘Yes!’ Whether it’s Jamie’s boots or those red shoes (worn by actress Caitriona Balfe as Claire Randall), people look at historical costumes and go, ‘Oh, my God, I want those shoes.’ People saw them and went nuts. It goes against the idea that people aren’t interested in historical clothes.”

Click through the gallery below to see more costumes.