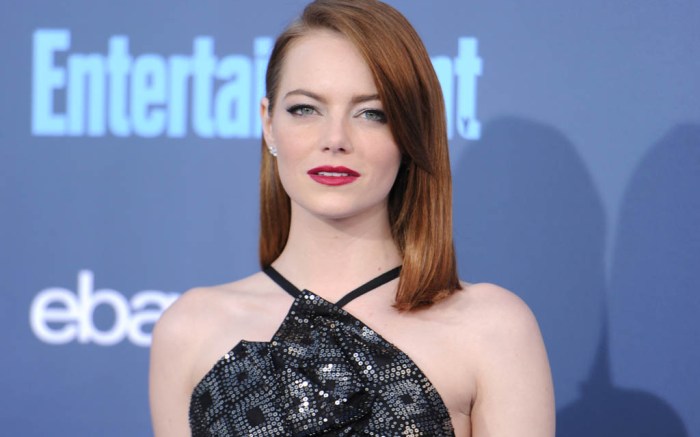 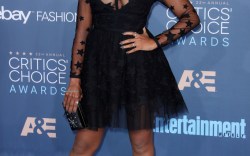 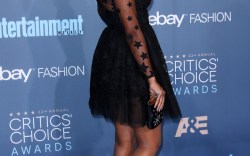 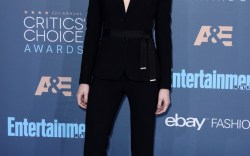 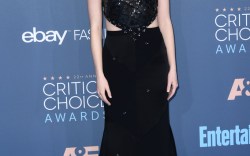 Film and TV stars were honored for their outstanding performances today at the Critics’ Choice Awards, but their style statements deserve some recognition, too.

Nicole Kidman led the pack in glamorous form — revealing a lot of leg in an off-the-shoulder gown that featured a high slit at the center. The Oscar winner complemented the number with a minimalist black sandal by Gianvito Rossi. But where she truly sparkled was with her accessories, which included large diamond rings, a watch, dangling earrings adorned with pearls, and a brooch pinned on the shoulder.

Singer-turned-actress Janelle Monae never plays it safe with her outfits, and the award show was no exception. The “Hidden Figures” star, who was nominated in the Best Supporting Actress film category, rocked a long-sleeve checkerboard-patterned gown with gold platform sandals. She continued the gold and black color palette with her accessories, which included a clutch, jewelry and a choker.

“La La Land” actress Emma Stone had on a sequined halter-top teamed with a floor-length skirt that draped over a pair of black sandals.

“Westworld” star Evan Rachel Wood stood out from the crowd in an edgy pantsuit — opting to go braless to add a touch of sizzle to her look. The blonde teamed the outfit with a pair of Christian Louboutin pumps.

Meanwhile, some stars strayed from a mostly black palette and embraced color, including “Manchester by the Sea” actress Anna Baryshnikov, who had on a flirty low-cut cocktail dress that matched her heels. The dress incorporated red, white and blue round studs that were also featured on her sandals.

Jessica Biel hit the blue carpet with the perfect accessory, husband Justin Timberlake, and looked chic in a floor-length teal and black gown.

Click below to view more celebrities on the blue carpet.