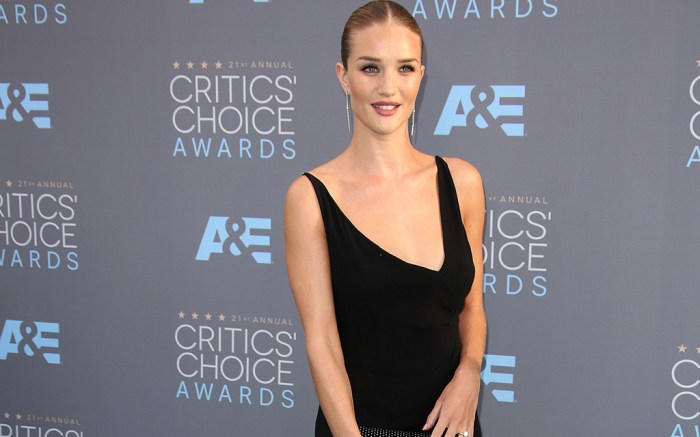 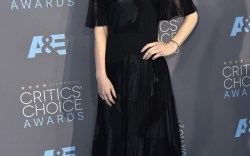 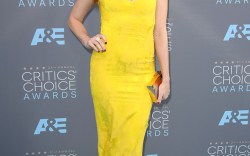 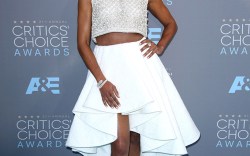 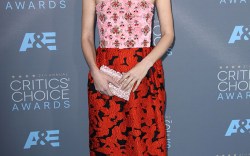 Tonight marks the 21st Critics’ Choice Awards, airing on A&E. The awards honor the best in movies, as decided by the Broadcast Film Critics Association. This year’s ceremony is being hosted by actor and comedian T.J. Miller. Amy Schumer is set to receive the “Critics’ Choice MVP Award.” At the Golden Globe Awards on Jan. 10, Schumer wore head-to-toe Prabal Gurung.

“Mad Max: Fury Road,” leads the nominations with 13, while “Carol,” “The Revenant” and “The Martian” have nine each. Jennifer Lawrence is nominated for her roles in both “Joy” and “The Hunger Games: Mockingjay—Part 2.” Lawrence, a Dior girl, will likely be wearing a gown by the house. At the Golden Globes, she changed into a Versace dress and Jimmy Choo heels to an after-party.

At the Globes, Vikander and Larson both wore dresses with sheer hems, which gave a peek at their platform sandals. Although there could once again be lots of long gowns that conceal the footwear, we’ll be keeping tabs on what the biggest stars are wearing.

Click through the gallery to see more from the Critics’ Choice Awards red carpet.