Chrissy Teigen Sticks With Heels For Her Stylish Pregnancy Looks 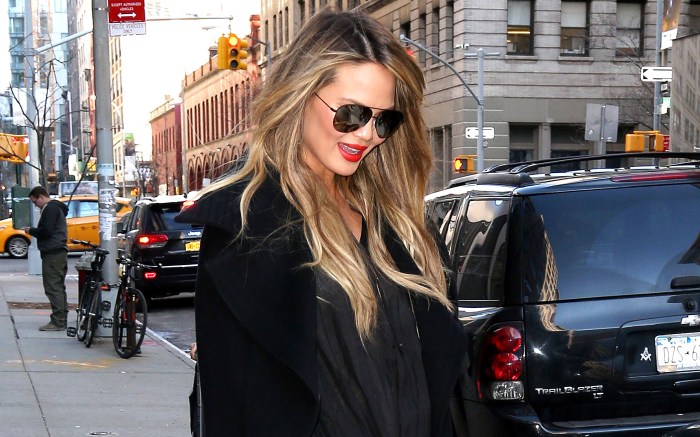 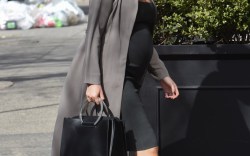 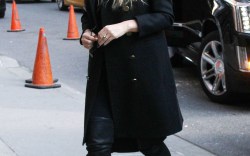 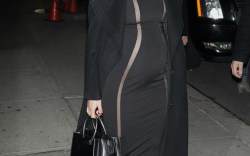 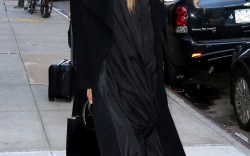 Pregnant or not, Chrissy Teigen is sticking with heels. The model has been seen out and about in New York City this week promoting her New York Times best-selling cookbook, “Cravings.”

” ‘Cravings’ debuts at number ONE on the New York Times best sellers list!!! AHHHHHHHHH!!! Finally this mouth is at a loss for words! Thank you THANK YOU,” Teigen wrote on Instagram.

Teigen’s maternity style proves she can wear just about anything. From thigh-high boots to sky-high sandals, Teigen has been spotted in a range of shoe styles — all while showing off that baby bump.

On Wednesday, Teigen left “The Daily Show With Trevor Noah” in a cute LBD paired with her go-to Stuart Weitzman Nudist sandals.

The “Lip Sync Battle” co-host was also seen on the red carpet at the 2016 Oscars. Teigen stunned in a Marchesa gown. She later changed into another Marchesa ensemble paired with Jimmy Choo heels for the Vanity Fair after-party.

Other go-to designers include Giuseppe Zanotti and Kurt Geiger. For more casual outings and trips to the gym, she’s been spotted in sneakers from Nike and Adidas.

In the fall, via an adorable Instagram post, the couple announced that Teigen is pregnant; in December, Teigen again took to Instagram to share that the couple will be having a girl. Teigen revealed in an interview last month that she had picked her child’s gender with IVF. This information sparked a social media frenzy causing Twitter to erupt with criticism over Teigen’s decision.

She responded to the blacklash: “I truly, truly understand not agreeing with what we have done. I just don’t understand the need to be so vile and mean about it . . . I can’t read anymore. But thank you for the thousssssands of kind messages.

Click through the gallery below to see her pregnancy shoe style.