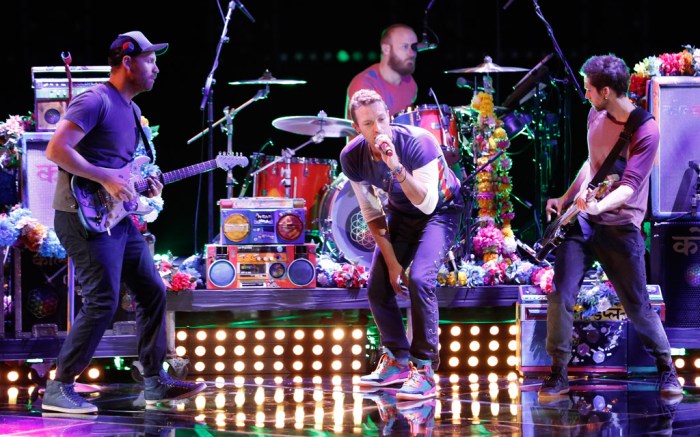 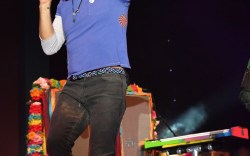 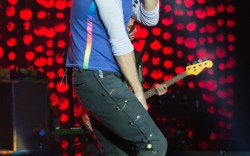 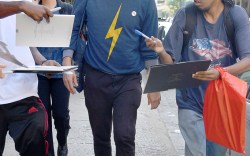 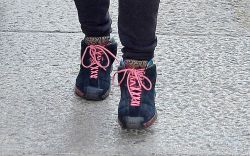 There’s a very good chance that when Chris Martin takes the stage during Sunday night’s Super Bowl Halftime Show he will be wearing Air Jordans. Coldplay’s frontman has a habit of repeating the same shoes on stage, and since the release of his band’s latest album, we’ve seen him in the same bright pair of Air Jordan Spiz’ikes.

During his latest appearance, Martin was in yet another pair of the Air Jordan Jordan Spiz’ikes. The “Hymn For The Weekend” singer joined James Corden for Karaoke Carpool as he was “looking” for a ride to San Francisco to perform with Coldplay in the Super Bowl 50 halftime show. Watch the video below.

So far, there have been three occasions where Martin has opted for the colorful Air Jordan Jordan Spiz’ike sneakers featuring a pink, teal and red colorway. The singer was first seen in the shoes while performing live on the American Music Awards 2015, then on stage during “X-Factor Live” in Milan and on the finale of “The Voice” in December.

Martin is also a fan of Adidas. He’s been spotted in many of the brand’s styles, but he is particularly a fan of the Adidas TS Heat Check.

Click through the gallery to see Martin’s standout sneaker looks.

6 Shoes Beyoncé Should Wear On The Super Bowl Stage