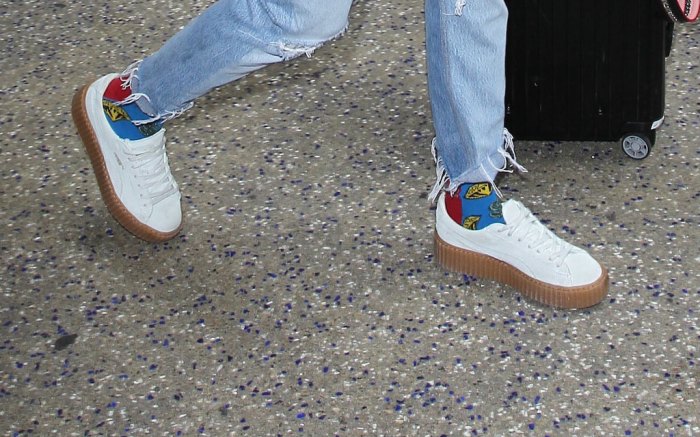 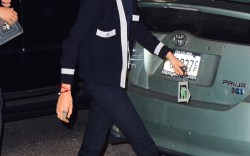 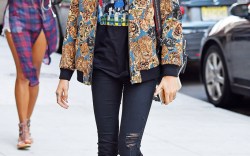 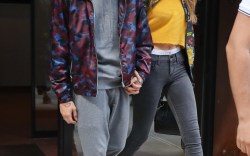 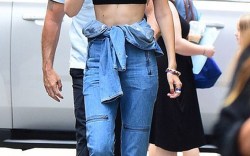 Turns out Kanye West isn’t the only celebrity shoe designer beloved by other celebrities.

Although his Yeezy Boost sneakers are incredibly popular among the Hollywood set, Rihanna’s designs for Puma are quickly becoming another favorite of the stars. She released her first collaboration with Puma in conjunction with her company Fenty in late 2015. The Creeper sneakers were a hit — Footwear News named the shoe our Shoe of the Year at the FN Achievement Awards on Nov. 29.

The sneakers have been released in several colorways, with the most recent velvet iterations arriving earlier this month. Celebrities Lena Dunham, Cara Delevingne, Sofia Richie, The Weeknd, and Gigi and Bella Hadid are fans of the kicks. Today a new celebrity fan came on board: Madonna. She was spotted wearing a black and white pair while traveling with her son.

The faux fur slides that were released in April have been spotted on the feet of Richie at the Coachella music festival in April and on Gigi Hadid following her hosting duties at the iHeartRadio Much Music Video Awards in June. Zendaya even gushed about her pair on her Instagram.

I don't even wanna wear them they so beautiful 😍😩 @badgalriri @puma

Click through the gallery to see more celebrities rocking their Puma by Rihanna shoes.