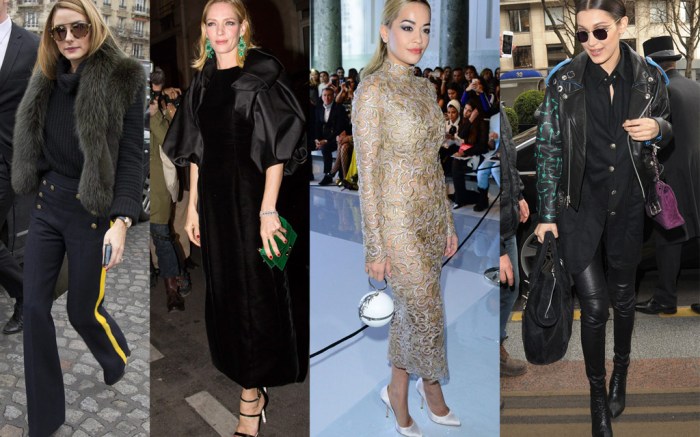 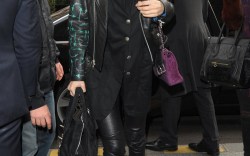 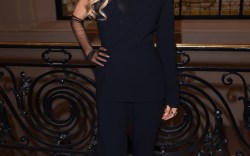 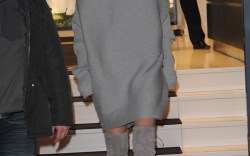 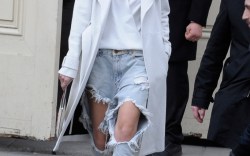 Paris is synonymous with high fashion, so when celebrities visit the City of Light, they put their most stylish foot forward.

Several high-profile celebrities have touched down in Paris for Couture Week, including Rita Ora, Uma Thurman, Iggy Azalea and Olivia Palermo. Of course, there have been plenty of Kendall and Gigi spottings as well. The two models walked in the Chanel show on Tuesday, along with Gigi’s sister, Bella.

She left the Chanel show in a pair of gray suede pumps, and between shows, Gigi wore her favorite Stuart Weitzman Highland boots with an oversized gray sweater. Iggy Azalea has been spotted in both black pumps and a pair of embellished flat sandals.

Olivia Palermo has worn everything from platforms to over-the-knee boots as she dashes from show to show. Uma Thurman was chic in a black ensemble and Sophia Webster Rosalind sandals.

Rita Ora stunned in an off-the-runway Atelier Versace ensemble to attend that show, and for the Ralph & Russo show, she wore a sheer lace dress with satin pumps.

Click through the gallery to see more celebrities in Paris for the couture shows.