From the Archives: Hollywood & Music Legends’ Weddings From the 1950s and ’60s 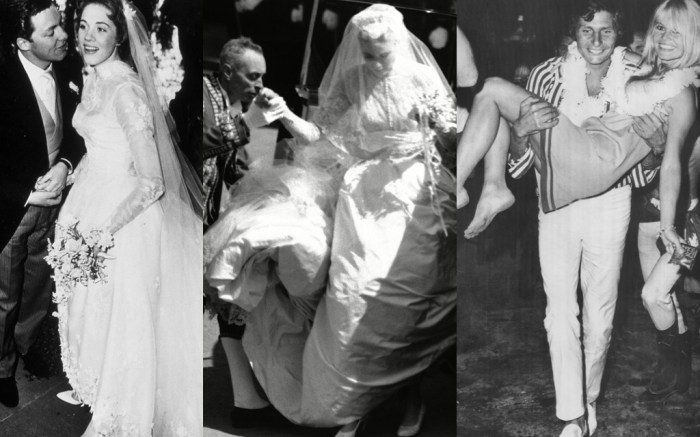 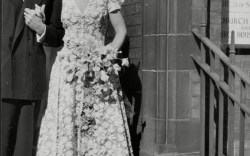 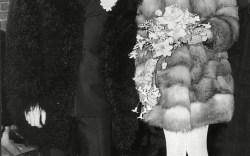 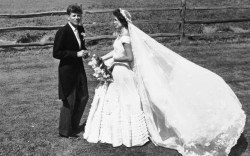 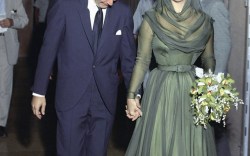 The 1956 wedding of Hollywood actress Grace Kelly and Monaco’s Prince Rainier III was one of the most glamorous weddings of that era, and it continues to be a favorite to reminisce.

Kelly wore a gown created by Hollywood costume designer Helen Rose that was adorned with pearls, and her white pumps were also sprinkled with coordinating pearls.

“It was such an incredible affair, and it’s left such a mark on people,” the couple’s son Prince Albert told People earlier this year.

Another wedding that left a mark was that of John F. Kennedy and Jacqueline Bouvier in 1953 in Newport, R.I. Bouvier wore a gown created by designer Ann Lowe.

Some of Hollywood’s biggest stars were married more than just once or twice. In 1959, Elizabeth Taylor married Eddie Fisher — her fourth husband — in Las Vegas. That time around, she wore a green chiffon dress paired with matching green satin pumps.

At her 1966 wedding to Gunther Sachs, French actress was the epitome of chic when she eschewed her shoes to be carried away after her nuptials.

Want to see more archive photos of celebrity weddings? Click through the gallery below.