The Celebrities on the Front Row at Paris Fashion Week 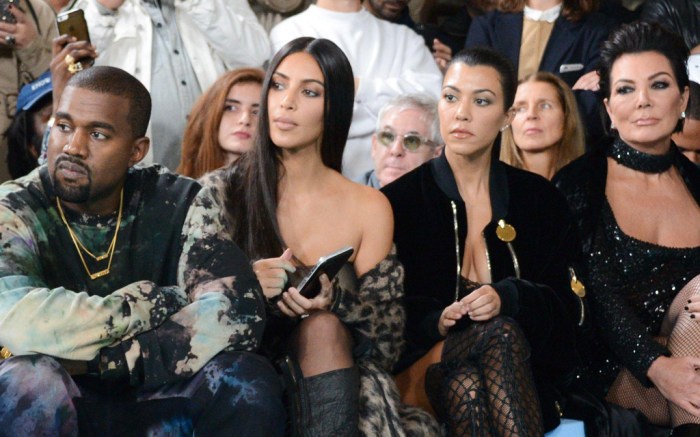 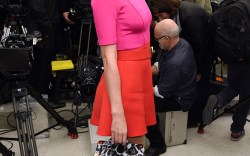 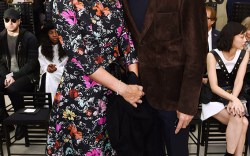 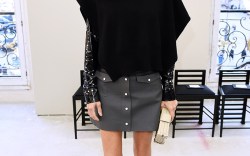 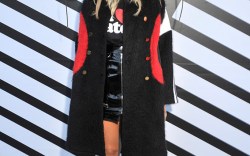 Before Kim Kardashian West was reportedly robbed at gunpoint of jewelry inside her Paris hotel room early Monday morning, the “Keeping Up With the Kardashians” star was having an eventful Paris Fashion Week.

She made appearances at the spring ’17 Balmain runway show, the Off-White and Balenciaga shows, as well as Givenchy’s star-studded event. Kardashian West also gave her fans a tour of the Yeezy showroom in Paris over the weekend and highlighted some of her favorite pieces.

The reality star had one of her best looks at Paris Fashion Week while sitting front row at Balenciaga. She was spotted sans makeup and wearing the designer’s thigh-high boots.

The Christian Dior show also brought in plenty of celebrity fashion fans, such as Rihanna and  Jennifer Lawrence, both of whom are faces of the brand. Rihanna looked chic in a pair of DSquared2 strappy lace-up sandals for the occasion, while Lawrence went casual with jeans and Dior heels.

Besides attending Dior, Rihanna drew in her own crowd during Paris Fashion Week for her Fenty Puma spring ’17 collection. Supermodels Doutzen Kroes, Jourdan Dunn and Sara Sampaio were in attendance.

Click through the gallery below to see more stars sitting front row at Paris Fashion Week.

Paris Fashion Week Street Style: It’s All in the Details