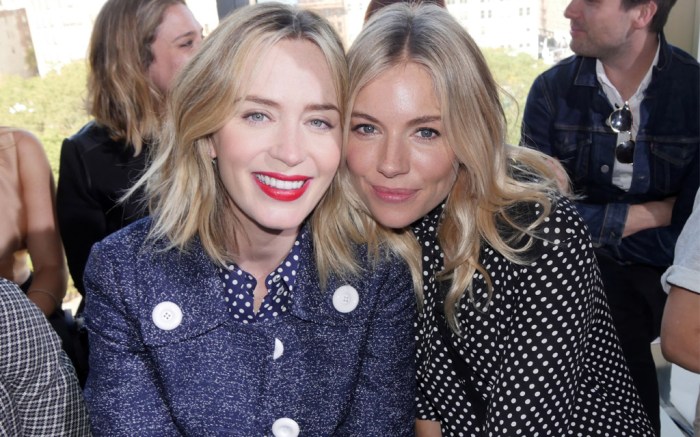 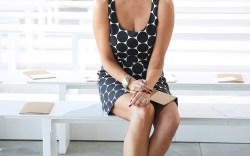 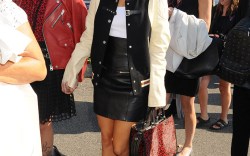 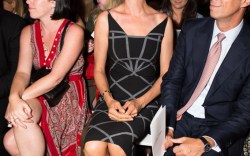 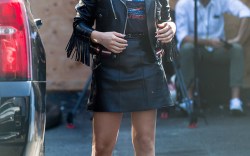 With Kanye West’s Yeezy Season 4 spectacle and Tom Ford’s extravaganza kicking off fashion week, a who’s who of celebrities has been spotted sitting front row at this season’s hottest shows.

Kylie Jenner has attracted much attention at NYFW this year. The social media star made appearances at the Yeezy show, sitting front row with sisters Kendall Jenner and Kim Kardashian West. Over the weekend, she was seen through the swarm of photographers at Alexander Wang’s spring ’17 runway show. There, she was joined by boyfriend Tyga and Nicki Minaj. Other attendees who caused a frenzy at the Alexander Wang event included Madonna, Pamela Anderson and Zoë Kravitz.

Taylor Swift was on hand at the Tommy Hilfiger spring ’17 show to support friend Gigi Hadid, who walked the runway and debuted her capsule collection with the designer. The “Bad Blood” singer made her own statement sitting on the sidelines, wearing Stuart Weitzman’s bordeaux-colored velvet Allegs boots.

Click through the gallery to see all the celebs sitting front row at NYFW.

Diane Von Furstenberg: All About The 1970s At Fashion Week