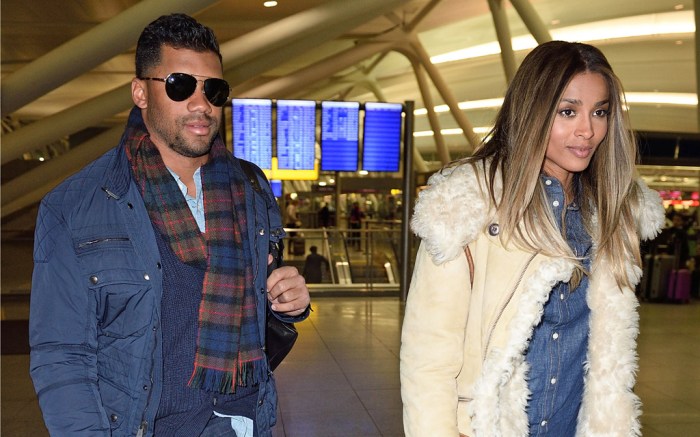 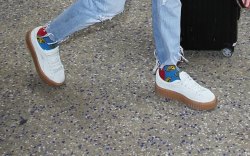 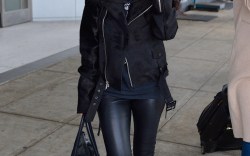 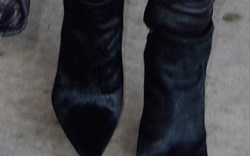 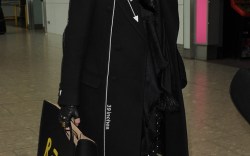 Celebrities, they’re just like us! Well, not all the time. But when it comes to traveling, comfort is key whether you’re a celebrity or not. Sneakers and flats are always good choices.

Still, there are plenty of stars who opt for glamorous looks. After all, the second they step off the plane, paparazzi are snapping photos.

With awards season just coming to a head, celebs seemed to be spotted at the airport on a daily basis throughout February. Stars traveled to and from Los Angeles each weekend whether it was for the Oscars, Golden Globes, SAGs or Grammy Awards.

Kate Hudson was one of the busiest celebs this month, as she was seen multiple times at LAX and JFK. Her go-to looks included over-the-knee boots, Christian Louboutin fringe boots and red knee-high boots.

For those celebrities who are a bit more practical, sneakers and flats are a popular choice. Rita Ora chose Adidas Superstar sneakers, and Katherine Heigl opted for yellow Valentino flats this month.

And the only accessory that could arguably be better than a great pair of shoes for traveling? A canine companion, as both Amanda Seyfried and Kate Upton proved when they brought along their dogs for a trip.

Click through the gallery to see more celebrities’ airport style.

The 19 Best Celebrity Yeezy Instagrams Of 2015