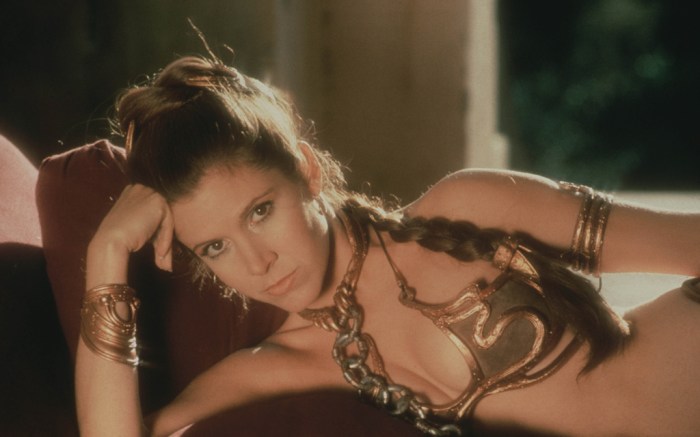 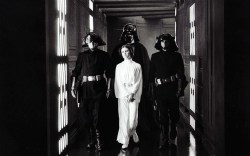 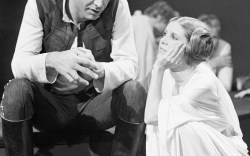 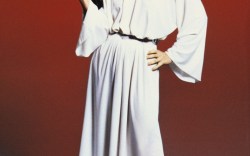 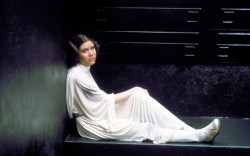 “Star Wars” actress Carrie Fisher has died at age 60 in Los Angeles, according to a statement from a family spokesperson.

Fisher suffered a heart attack on a flight from London to Los Angeles on Friday and remained in an L.A. hospital since then. Her family reported Fisher was in stable condition at that time. According to the statement, Fisher died this morning.

Fisher made a name for herself in George Lucas’ “Star Wars” franchise, portraying Princess Leia and starring opposite Harrison Ford and Mark Hamill, first in 1977’s “Star Wars: Episode IV — A New Hope.” She returned to play Princess Leia again in the follow-up, 1980’s “The Empire Strikes Back,” and again in 1983’s “Return of the Jedi.” For “Jedi,” Fisher donned one of her most famous looks, a metal bikini paired with leather boots.

In the first “Star Wars” film, Fisher wore a flowing white ensemble, her signature buns in her hair and a white over-the-knee, flat sneaker-boot hybrid. She also wore a heeled white leather pair.

The costumes for “Star Wars: Episode IV – A New Hope” and “The Empire Strikes Back” were dreamed up by costume designer John Mollo. For “Return of the Jedi,” Fisher’s bikini was designed by Aggie Guerard Rodgers and Nilo Rodis-Jamero and is said to have been inspired by several different earlier films and science fiction works.

Recently, Fisher had been promoting her book The Princess Diarist, which shares behind-the-scenes details from her time on the “Star Wars” set. Most notably, she revealed a short-lived romance with co-star Harrison Ford.

Click through the gallery to see more of Fisher’s iconic Princess Leia looks.