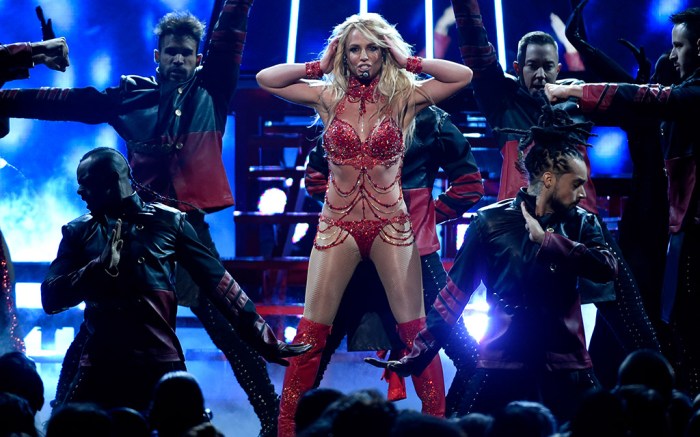 Britney Spears kicked of the Billboard Music Awards 2016 with a medley of her hits.

The princess of pop hit the stage in a red, crystal-embossed costume paired with matching red-heeled boots. Spears performed fan favorites such as “Toxic,” “Womanizer” and “I’m A Slave 4 U.”

In 2015, Spears and Iggy Azalea performed their single “Pretty Girls” for the first time. Spears sported latex-like thigh-high boots in black. Another one of her most popular Billboard Music Awards performances came at the 2011 awards show when she joined Rihanna for “S&M.”

To see all the action from the 2016 BBMAs red carpet, click through the gallery below.