From the Archives: The British Royal Family’s Christmases 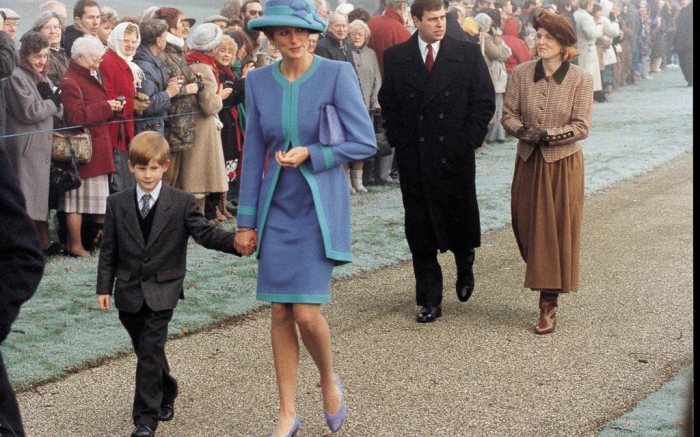 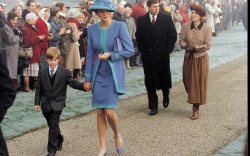 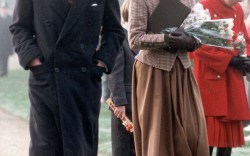 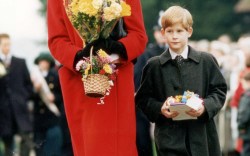 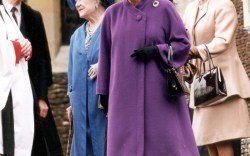 Every year, the British royal family gathers at Sandringham Estate in Norfolk, England, to celebrate Christmas. It’s a tradition that Queen Elizabeth II, now 90, has been taking part in since she was a little girl and her father was the King of England.

The family is photographed every year walking toward the church on the grounds of the estate, dressed in their Christmas best.

When she took the throne, Queen Elizabeth II also gave an annual Christmas message over radio and TV. In 1957, she wore a shimmery printed dress and a pair of black pumps.

Before her tragic death in 1997, Princess Diana, Prince Charles’ former wife, also attended the family’s Christmas events. The fashion icon brought her own style to the formal events and wore bright coats with chic pumps.

When Princess Diana and Prince Charles’ sons William and Harry grew into teenagers, they often greeted the visiting crowds at Sandringham, and when Prince William married Kate Middleton, she began doing the same.

William and Kate’s young children, George and Charlotte, have not been captured visiting Sandringham at Christmas yet, but perhaps they could this year. In 2014, the family released special Christmas portraits of 3-year-old George.

Dress Your Kids For Christmas Like Prince George and Princess Charlotte

Kate Middleton Gets in the Holiday Spirit With Her Latest Look