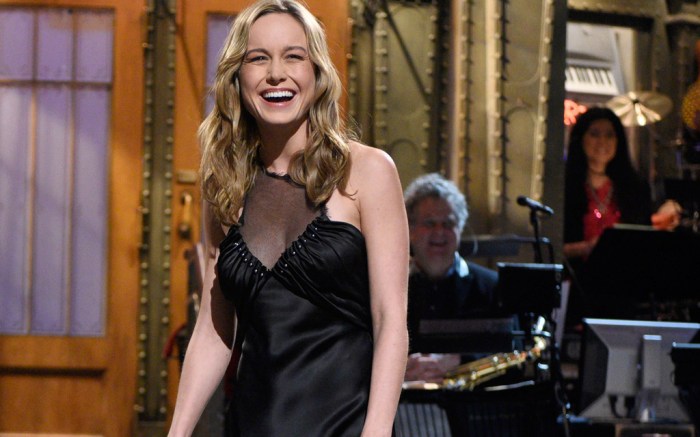 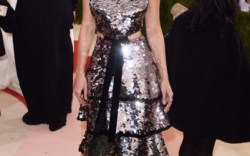 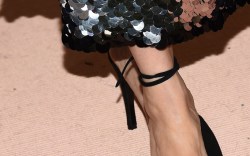 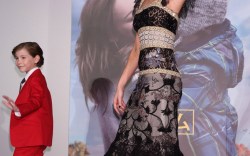 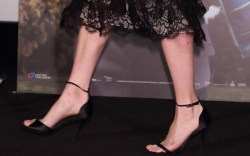 Brie Larson stepped onstage for her opening monologue as host of “Saturday Night Live” over the weekend looking chick in black Kurt Geiger London Britton pumps. Larson was also spotted sporting a diamond ring on her left hand; it’s been reported that the Academy Award winner is newly engaged to boyfriend Alex Greenwald.

Footwear News recently caught up with Larson’s stylist Cristina Ehrlich on her brand obsessions. Along with Roger Vivier, Ehrlich said, “A big brand I have a love affair with is Paul Andrew. And one of my [latest] discoveries is Derek Lam. He is absolutely making gorgeous shoes and very interesting designs. We’ve also been working quite a bit with Kurt Geiger and Gianvito Rossi.”

This comes as no surprise seeing how Larson owned the red carpet during awards season. She took home award after award, including an Oscar, for her performance in “Room,” and had many statement shoe moments — including those Roger Vivier sandals at the SAG Awards and her Paul Andrew Zenadia pumps she wore to the BAFTA Tea Party.

“These represent the range that is Brie’s style, which is luxurious and classic with a defined edge,” Ehrlich told FN.

Larson’s latest appearance was at the 2016 Met Gala in New York City last week. The actress wore a Proenza Schouler dress and heels.

Brie Larson’s Stylist Opens Up About Her Shoe Closet