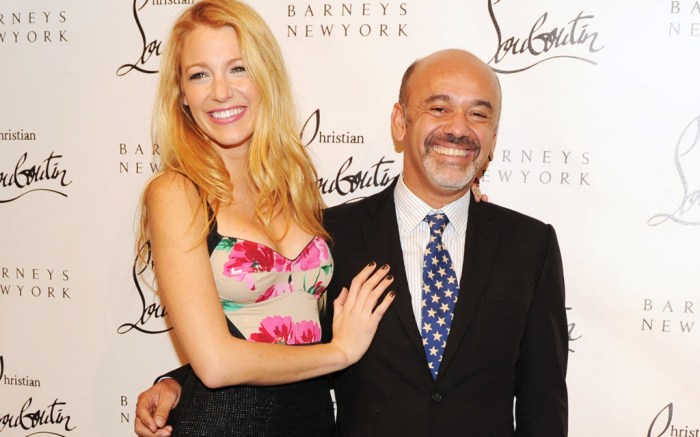 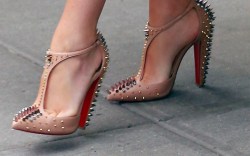 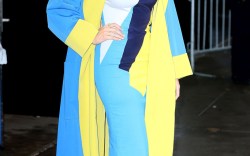 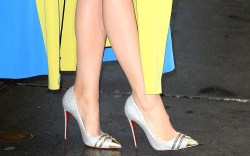 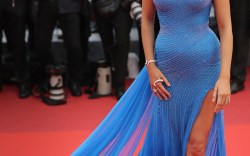 It’s no secret that actress Blake Lively is a major fan of designer Christian Louboutin. Since stepping onto the seen as Upper East Sider Serena van der Woodsen in the fashion-centric New York-based TV show “Gossip Girl,” Lively has gained fame not only for her on-screen work, but for her incredible style. Her impact on fashion has included starring in multiple campaigns for Chanel, Gucci and L’Oreal, as well as becoming a muse for Louboutin.

In 2010, Lively was on hand for the Footwear News Achievement Awards, where she presented Christian Louboutin with the Person of the Year Award. “I own so many of his shoes that I should be institutionalized. His light and sparkle are even more incredible than his stunning crystal Pigalle pumps,” said Lively at the time. “[If] you ask me, they are heartbreakingly perfect. See — I do have a problem.”

And just a few months later, Christian Louboutin named a shoe after her. The Blake — which features multicolored straps fastened with buttons — was released in March 2011.

Lively’s love for the red-soled shoes has continued to grow, and it’s been on display during her recent whirlwind promotional tour for her shark-attack movie “The Shallows” and the Woody Allen-directed “Café Society.”

Last week, Lively was spotted in Christian Louboutin Pyrabubble sandals on her way to “The Tonight Show Starring Jimmy Fallon.” She was also seen two more times that week in shoes from the designer, including sparkling pointed-toe Louboutins for a night out, and label’s studded nude T-strap sandals.

In May, Lively attended the Cannes Film Festival, during which she continually made shoe statements. Lively also provided surprises such as hitting the red carpet for the France festival’s opening ceremony with Christian Louboutin as her date and giving followers the ultimate shoefies for each outfit. During the photo call for “The Shallows,” Lively opted for a pair of black and white striped Louboutin pumps, which surely made the list of her Top 10 Louboutin looks.

Another unforgettable shoe moment came last year, when Lively made headlines for changing into 10 very different outfits and 10 pairs of shoes during the press tour for “The Age of Adeline.” After Lively’s stop at “Good Morning America,” she stepped out in a bold Roksanda look paired with Christian Louboutin Front Double glitter pumps.

Click through the gallery below to see the rest of Lively’s Top 10 moments wearing Christian Louboutin.