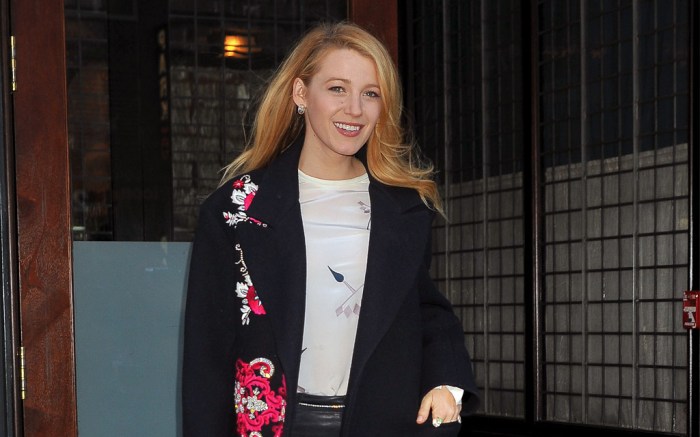 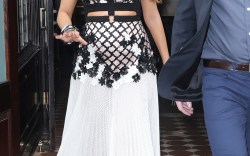 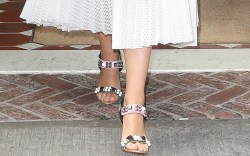 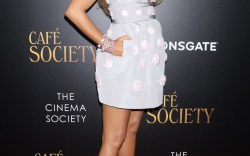 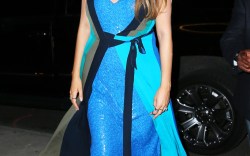 In 2015, Blake Lively went on a whirlwind press tour for her movie “The Age of Adaline.” While promoting the film in New York, Lively wore 15 outfits as she darted from talk shows to the big premiere.

Loyal Lively fans know that the actress has been a fashion lover since her early days on TV’s “Gossip Girl.” She’s also become a fan and friend of Christian Louboutin. In 2010, she presented Louboutin with FN’s Achievement Award and recently was spotted shopping up a storm at the designer’s New York Meatpacking district store. She even wore a pair of Louboutins to the White House State Dinner last month honoring Canadian Prime Minister Justin Trudeau and his wife, Sophie Grégoire Trudeau.

Lively told Footwear News that she is obsessed with Louboutin’s shoes. “I have so much to say about this man, and I don’t even know where to start,” she said. “I own so many of his shoes that I should be institutionalized … his light and sparkle is even more incredible than his stunning Crystal Pigalle pump. [And if] you ask me, those are heartbreakingly perfect. See, I do have a problem.”

Lively has also perfected the art of the “shoefie,” posting plenty of the luxe shoes she loves for her followers. She’s shared photos of shoes by designers such as Sophia Webster, Louboutin and Sarah Flint.

After Lively posted a photo of Flint’s shoes in March 2015, the new designer says her brand’s Instagram fan base grew quickly.

“Our Instagram account following grew quite a bit — I think we got over 500 followers right off the bat, but it continued to grow because people looked back at her previous post, and it’s grown for quite a while,” Flint told FN. “We saw a lot of sales on the website, but it was just a great way for people to be introduced to the brand.”

The most impressive thing about Lively’s shoe style? She doesn’t use a stylist.

This week, Lively and husband Ryan Reynolds announced that they are expecting their second child together. Hopefully the stylish star will give us a glimpse at what we assume will be adorable shoes for their new addition.

Blake Lively Shares A Look Inside Her Enviable Shoe Closet