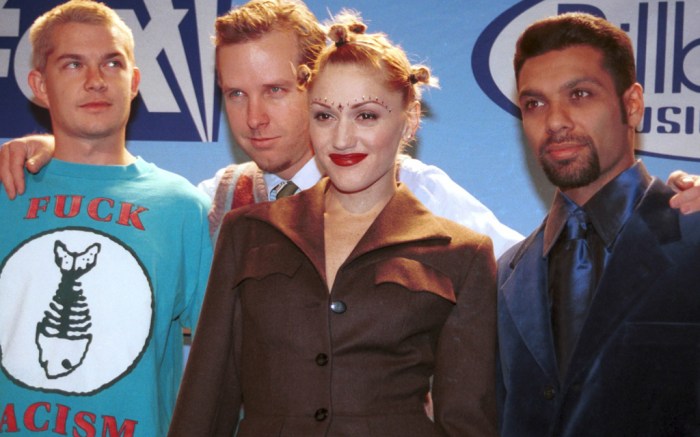 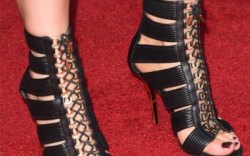 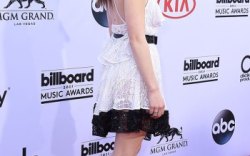 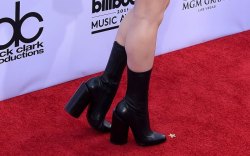 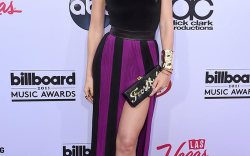 The 2016 Billboard Music Awards are coming up on Sunday, and as always, we’ll be watching to see and assess the fashion choices made by the stars, onstage and off.

Unlike the Oscars, music awards tend to bring out some of the more creative, often casual (men particularly) and at times unusual footwear choices.

While we love the Academy Awards and the Golden Globes for the formal fashions they inspire, we’ve noted that if a star has a tendency to go outside the box and stretch fashion’s limits, it’s more often than not at a music awards ceremony — whether they’re onstage or just attending.

Let’s be honest, we doubt anyone can recall seeing a pair of knee-high boots or high-top kicks at the Oscars — something, mind you, that we’re more than pleased about.

Over the years, music award shoe choices have evolved — perhaps more for women than men. Be it 1997 or 2015, there’s always a good selection of Adidas and Nike sneakers. Women’s styles, on the other hand, have gone through a few more changes — or creative evolutions, if you prefer.

There seemed to be a phase in the late ’90s and the early ’00s where everyone, at some point, opted for knee-high boots (often over jeans). The kitten heel has also had its fair share of time in the spotlight. Of course, those were the days before Christian Louboutin’s sky-high heels came into the spotlight.

There were a few shockers back then that we’re sure the celebs responsible would rather forget. But let’s finish with an honorable mention to The Spice Girls for bringing girl power to the masses, along with sparking an international trend for platforms. And props to Mel C for being one of the first ladies to hit a red carpet in sneakers.

Click through for some of the more, shall we say, memorable footwear moments from years past, as well as a few of the looks we’ve loved from recent times.