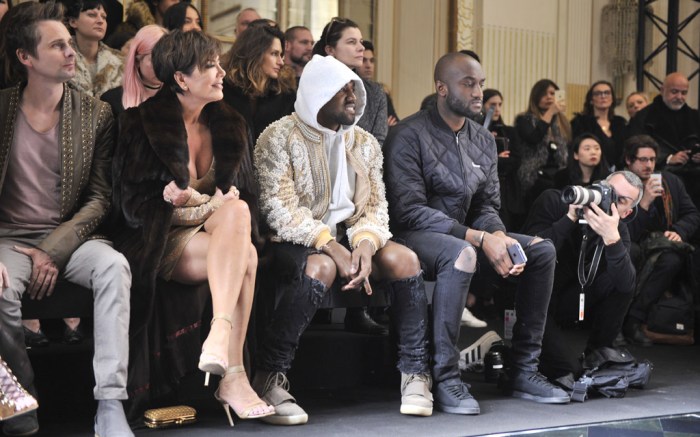 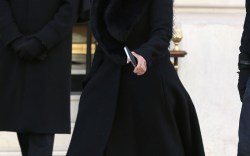 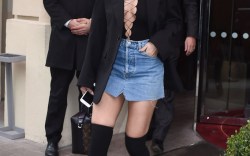 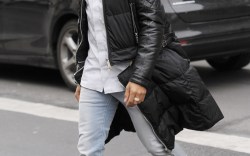 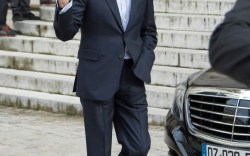 Kendall Jenner opened and closed the Balmain fall ’16 show in Paris on Thursday. Of course, mom Kris Jenner as well as brother-in-law Kanye West were on hand to take in the show.

Kendall Jenner and Hadid surprised everyone by swapping hair colors: Hadid walked the show in a brunette wig, while Jenner switched things up in a blonde one. The show’s footwear included thigh-high suede boots in tan and powder blue, as well as suede ankle booties with Pilgrim buckles.

At the Balmain show in September, models wore runway looks to the after-party, and that could certainly be the case again this season, so stay tuned.

Click through the gallery to see more celebrities in Paris for fashion week.