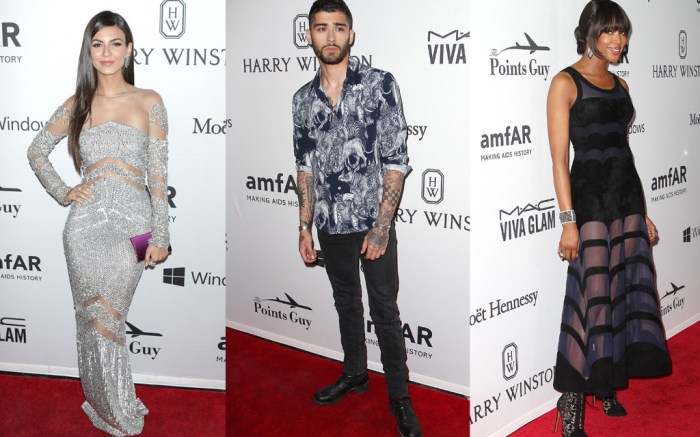 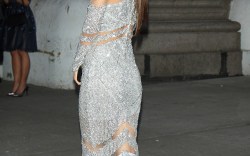 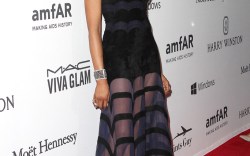 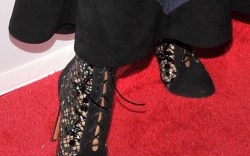 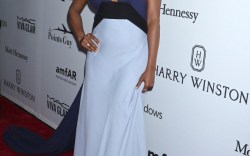 The event, which raises money for amfAR’s AIDS research programs, included an auction and a men’s fashion show. Naomi Campbell was honored with the Award of Inspiration for her work in helping to fight AIDS. Louis Vuitton men’s artistic director Kim Jones was also honored.

Jason Derulo, who performed during the event, hit the red carpet in a pair of LVL XIII shoes. The luxury shoe brand, which Derulo is collaborating on with designer Antonio Brown, will make its debut at the upcoming men’s fashion week in New York in July.

Some of the models in the men’s runway show wore several different Giuseppe Zanotti styles.

Recently, amfAR also held a gala during the Cannes Film Festival in France.

Click through the gallery to see more red carpet looks from the amfAR gala.