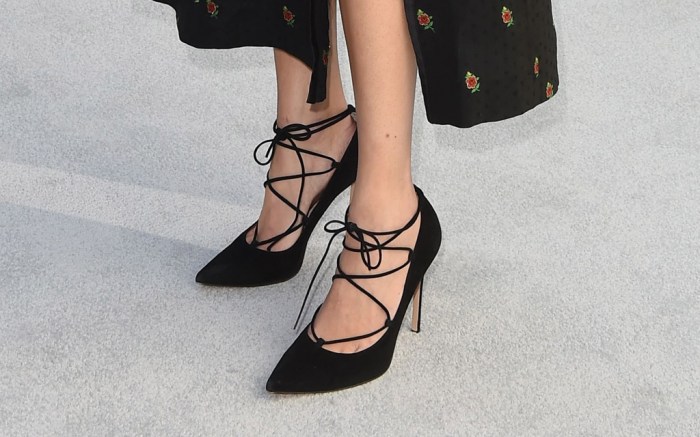 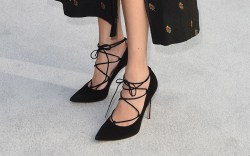 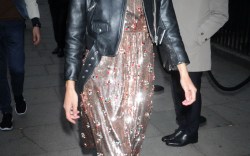 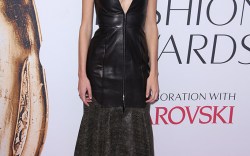 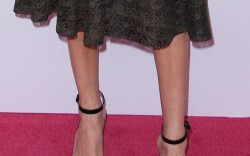 Alexa Chung will soon be able to wear a pair of her own shoe designs, but she’s been walking in stylish footwear for years.

The trendsetter is a big fan of Gianvito Rossi and is often spotted in his go-to pumps, from fairly basic styles to intricate lace-up designs. She also wears his sandals, including the eye-catching red ankle-strap pair she wore to last year’s FN Achievement Awards, when she received the Style Influencer of the Year award.

When she’s not in Rossi heels, Chung has been known to don stylish flats from British designers, including Manolo Blahnik and Charlotte Olympia.

And she isn’t afraid to embrace her more casual side, either. Chung recently wore Hunter wellies to the Glastonbury festival — and the shoes were definitely fitting for the festival.

It will be interesting to see what Chung’s own shoes look like, but it’s likely she will design a range of looks that she wants to wear herself. She told FN last year she was interesting in venturing out on her own when the time was right.

“The moment I feel like I can sit down and stay in one city and focus, that’s when it will happen, Chung said. “I just think it’s disrespectful to the industry to do it any other way.”

For more of Chung’s influential style over the years, click through the gallery.