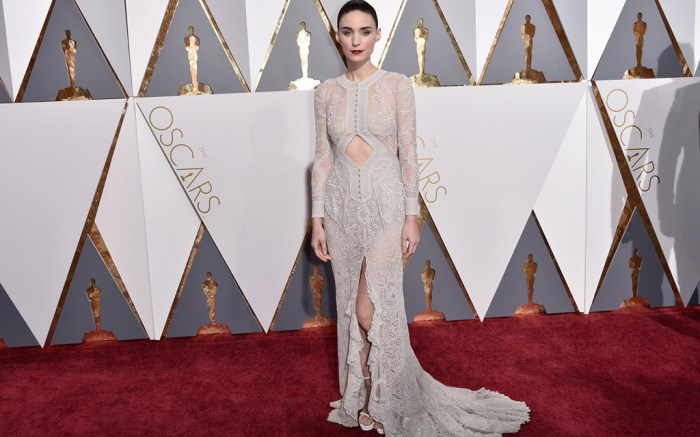 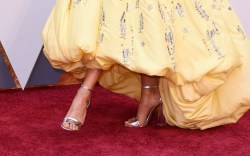 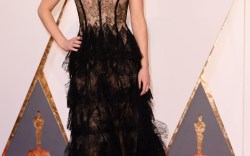 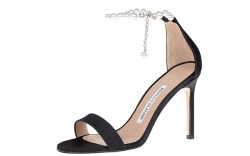 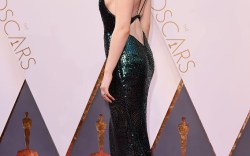 The 2016 Oscars proved to be a stunning marathon of one dazzling gown after another. Whether it was Best Actress winner Brie Larson‘s flowy Gucci gown or Best Supporting Actress winner Alicia Vikander‘s Louis Vuitton look, there were a number of custom outfits worth killing for here. In honor of the glitzy night, we’re taking a look at some of the best dressed on the red carpet — and yes, the shoes play a large deciding factor in our decision, even if they were hidden under dresses.

Nabbing our top spots is Rooney Mara in Givenchy Haute Couture, which she paired with white Stuart Weitzman strappy sandals. Alicia Vikanda in head-to-toe Louis Vuitton proved to be an unexpected silhouette and a departure from the often too-safe colorways, which we applaud. Plus, we loved her Plexiglass heels.

Cate Blanchett in Armani was a beautiful, ethereal look indeed — a look she smartly paired with sky-high Giuseppe Zanotti platforms. A dress that long and intricate definitely required a shoe with some height.

On the menswear front, there were a number of stylish gents who took risks.

We also loved Common’s choice of Paul Andrew men’s shoes, which just debuted for fall ’16. He paired it with a well-fitted white tux.

Want more from the Oscars?

The Most Memorable Shoes From The Oscars Over The Years