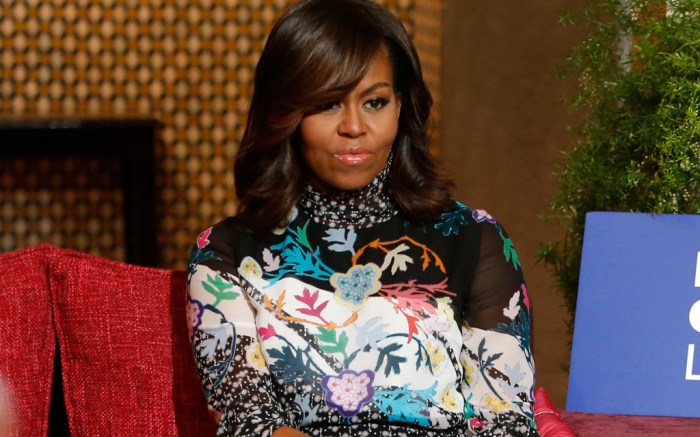 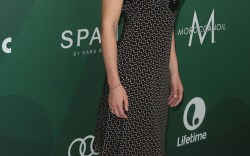 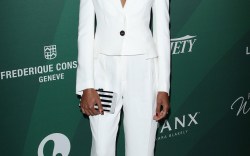 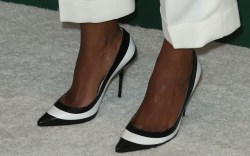 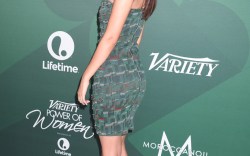 The dress code policy at the White House is simple: Whatever Michelle Obama says goes.

Speaking to Footwear News on Friday at Variety’s Power of Women ceremony in Los Angeles, Spanx founder Sara Blakely recalled walking around the White House without any shoes on after the first lady gave her the green light to relieve her aching feet.

“I stood in line at an event, and they allowed us to get a one-on-one photo with Michelle Obama,” Blakely said. “I waited in the line so long that by the time I finally got up to Michelle Obama, I literally burst out, ‘My feet are killing me,’ and she goes, ‘Girl, my feet are killing me, too.’ I asked if I can take my shoes off and she said, ‘Yes, and you can tell anyone who tells you to put them back on that Mrs. Obama said you can take them off.’ ”

Though the entrepreneur had to carry her Christian Louboutins in her hands for the rest of the night at the White House, she was thrilled that the president’s wife could relate. “The first lady and I bonded over sore feet,” she said.

Blakely, who founded undergarment giant Spanx in 2000, was among the honorees at Variety’s event that recognized Hollywood’s most philanthropic and inspiring women.

The businesswoman received the Innovation and Leadership award, and she shared with FN why she established her own foundation.

“The Sara Blakely Foundation is about supporting other female entrepreneurs and anybody living an entrepreneurial life,” she explained. “How can I, in my short life, elevate the feminine energy in the planet and create a balance between female and male energy? Because I think we all would be better off when that happens.”

The star-studded program was hosted by “Crazy Ex-Girlfriend” actress Rachel Bloom, who had on a black Kate Spade dress and matching Tory Burch sandals “with a pedicure that I sloppily touched up myself,” the emcee quipped.

Bloom shared that her new castmate Parvesh Cheena is “killing it” on the CW musical-comedy, which returns for Season 2 on Oct. 21.

“The first time I wore heels coincided when I grew boobs,” she recalled. “There’s just something with heels and how they push out your boobies. I just felt like a woman.”

Like many of the luncheon’s honored guests, Bloom also uses her star power to support philanthropic initiatives. “I’m involved in this organization called The Unusual Suspects,” she said. “It’s a theater company that goes around to low-income school districts and juvenile detention centers and they write and perform their own plays. You see how it changes people. It’s a really cool thing.”

Click through the gallery below to see more celebrity shoe styles at Variety’s Power of Women event.