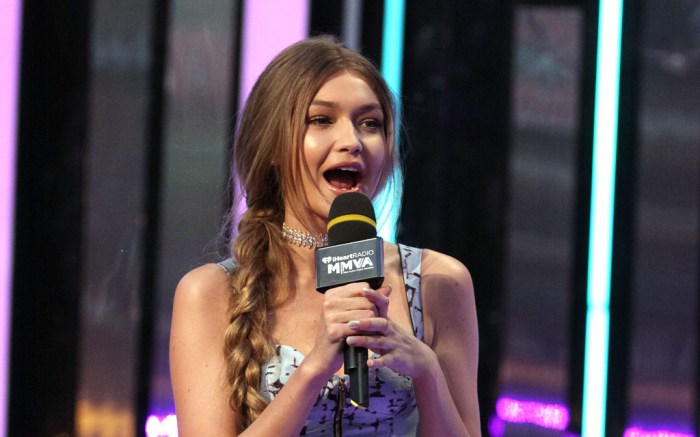 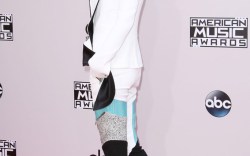 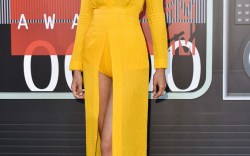 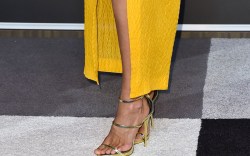 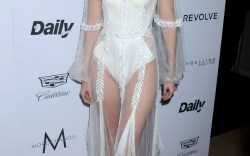 Gigi Hadid is returning to the American Music Awards stage on Sunday night. This time around, the model will be co-hosting the musical event with former “SNL” star Jay Pharoah.

In 2015, Hadid made an appearance at the American Music Awards to present for Favorite Rap/Hip-Hop Album. She took the stage with Kylie Jenner as they equally wowed in the same Tamara Mellon sandals. Hadid went with an all-white look — pairing the white Tamara Mellon Frontline sandals with a revealing Bao Tranchi ensemble .

For the 2014 AMAs, the model opted for a Prabal Gurung suit with Dolce & Gabbana sandals.

This year, fans should expect many outfit changes from Hadid. She told Billboard, “I don’t want to force any [ensembles] that I don’t like, but I do want to do as many outfits as I can that I think will be crowd-pleasers.”

Click through the gallery below to see Hadid’s best awards-show looks, and tune in to watch the 2016 AMAs on ABC Sunday at 8 p.m. ET.