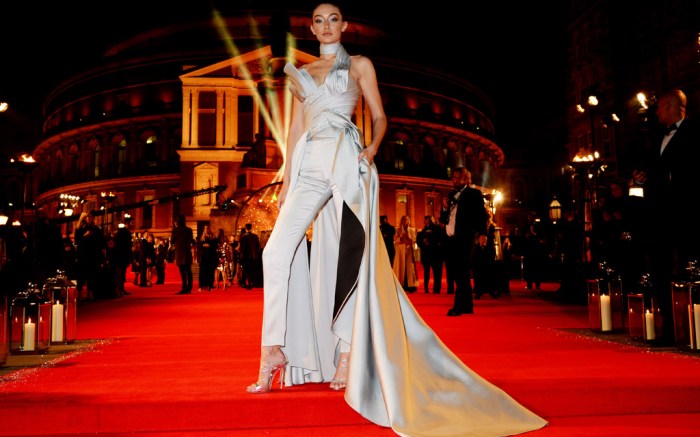 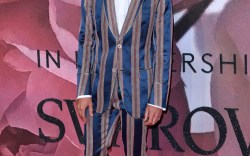 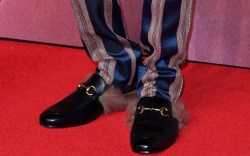 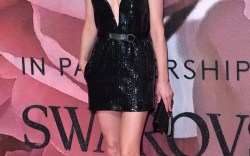 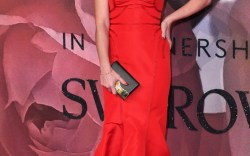 The 2016 Fashion Awards are underway, and there have already been some big winners.

The awards, held by the British Fashion Council, are taking place tonight at Royal Albert Hall in London. Designer Ralph Lauren has been honored with the Outstanding Achievement award for his contributions to the global fashion industry. This year’s British Emerging Talent award was presented to London designer Molly Goddard, the British Womenswear Designer of the Year went to Simone Rocha and the British Menswear Designer of the Year went to Craig Green.

Gigi Hadid, who is nominated for International Model of the Year, wore a striking Versace ensemble on the red carpet, completed by her favored Dsquared2 lace-up sandals.

There were plenty more models on hand on the red carpet, including Naomi Campbell, Joan Smalls, Jourdan Dunn, Winnie Harlow and Karlie Kloss.

Alexa Chung, Footwear News‘ 2015 Style Influencer of the Year and the British Fashion Council’s Young Style Ambassador, wore a Prada top and pants and black pumps to the event.

Lady Gaga, of course, wore her signature 10-inch platforms by the brand Pleaser.

Click through the gallery to see what more fashions stars wore on the Fashion Awards red carpet.

Why Gucci Was Influential on Another Level This Year