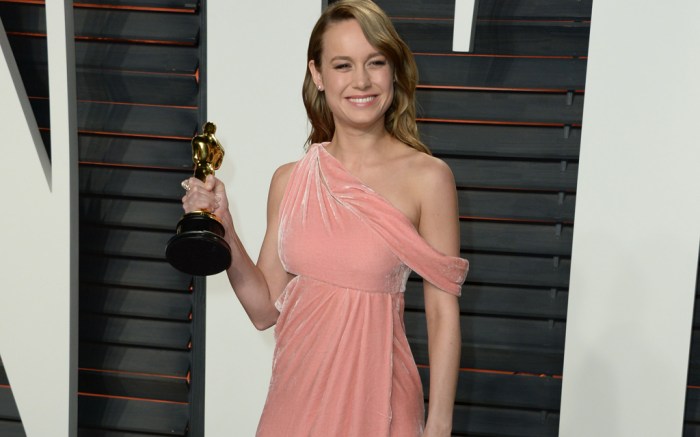 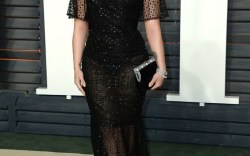 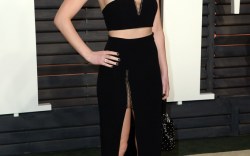 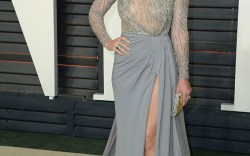 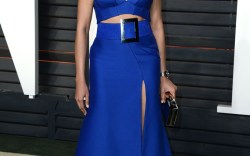 Following weeks of red carpets and promo, Brie Larson deserved the right to kick off her heels after taking home the biggest prize in Hollywood — the Oscar — and so she did. The Best Actress winner for her performance in “Room” wasted no time hitting various Oscar after-parties. This included the annual Governor’s Ball and the Vanity Fair Oscar fête.

Larson changed into a pink Monse Maison velvet gown and matching Roger Vivier sandals. According to Laron’s stylist, Cristian Elhrich, Roger Vivier is a go-to shoe designer for the Oscar winner as the brand represents part of her style range.

While the celebrations continued, Larson traded in her heels for a pair of Converse. She also brought along a cheeseburger to go with her Oscar arm candy.

Inside the Dolby Theatre that housed the 88th Annual Academy Awards, Larson accepted her award in head-to-toe Gucci. Watch her acceptance speech below.

The swapping of heels for sneakers seems to be a new trend these days. At the SAG Awards, actress Kaley Cuoco ended her night in a pair of Dior Fusion sneakers, which she also wore after the People’s Choice Awards.

See more statement shoe looks at the Oscar after-parties in the gallery below.

Toms Donates 10,000 Pairs Of Shoes To Ghana In Honor Of Abraham Attah