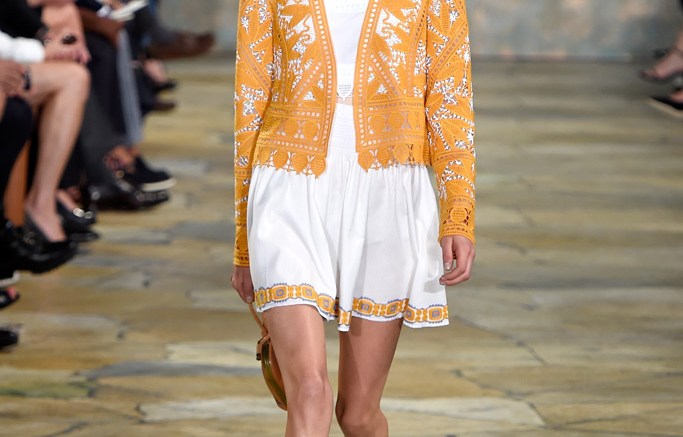 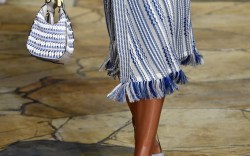 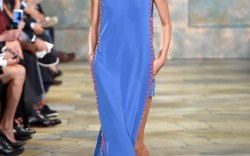 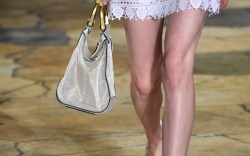 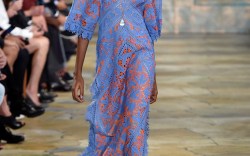 Featuring a sculptural  metallic wedge heel that called to mind a wall sconce, the sandals were clean and prim from the front but indelibly ornate as the models made their turns on the runway.

They were offered in two versions — one in more of a modernist jutting shape, the other ornately molded. This bold footwear gesture certainly kept one’s gaze on the shoes despite all the iridescent-material play the designer worked into the apparel.

Slowing things down to take a second look at those @toryburch heels. #finalwalk #nyfw pic.twitter.com/p2gGKqF7Rl

A simple flat slingback version that couldn’t decide if it was a sandal or a mule was also shown. It didn’t appear to fit as well, with sliding straps and an unappealing clap-clap sound created underfoot as the models walked.

But no matter — the heels were the real news here and a very lovely, unique foot forward for Burch, who took her bow in the more decorative option, dipped in stark white.

Click through the gallery to see more of Tory Burch’s spring ’16 collection.