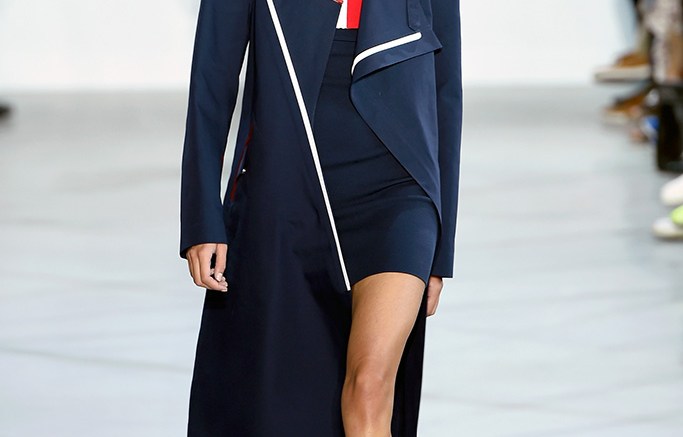 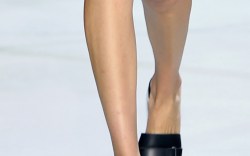 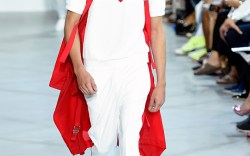 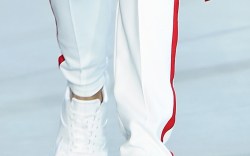 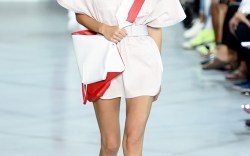 There was a certain sense of patriotism at the Lacoste show this season, shown during the third day of New York Fashion Week. Creative director Felipe Oliveira Baptista, himself Portuguese, played on different world maps, using their shapes and colors to dictate the cuts or shapes of the clothes.

The footwear kept in mind this sportswear, Olympian-turned-fashion enthusiast vibe. Women’s pool slide sandals, done in different colored leathers, were given chunky flatform soles and buckled straps. Certain styles has the Lacoste lettering emblazoned on the upper, which evoked a different sense of pride.

The men’s shoes were mostly done in a low-top court silhouette. Though the all-white leather style dominated the runway here—as it did last spring season as well—it also came in an all-over hunter green.

Click through the gallery below for all the images straight from the Lacoste runway.