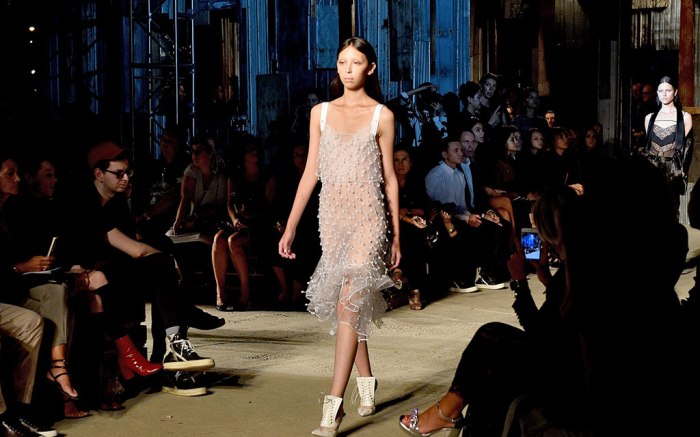 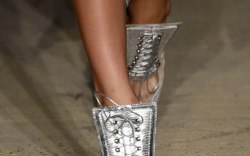 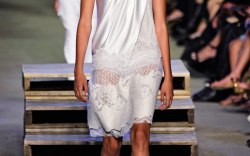 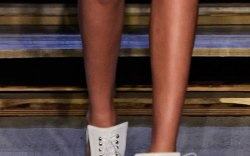 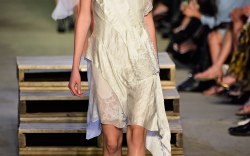 The brogue: one of most quintessential of footwear classics. At Givenchy this season, it was torn apart, reworked and completely rethought — for her and for him. Both made a strong point, quite literally.

For women, there was a heeled bootie with sheer paneling, which picked up on all of the reveal and conceal designer Riccardo Tisci focused on in the ready-to-wear. The tongue of these sharp shoes was outsize and formed an exaggerated square at the ankle. With Victorian hook lacing and an extreme pointed toe, they had witchy undertones. This brogued style was shown in silver, stark white and a monochrome combo.

The men got their own spiffy version of these brogues redux. Their version was also pointy, though lesser so, hitting above the ankle and often paired with abbreviated tailoring to expose calves.

Click through the gallery below for all the runway images and shoe close-ups.