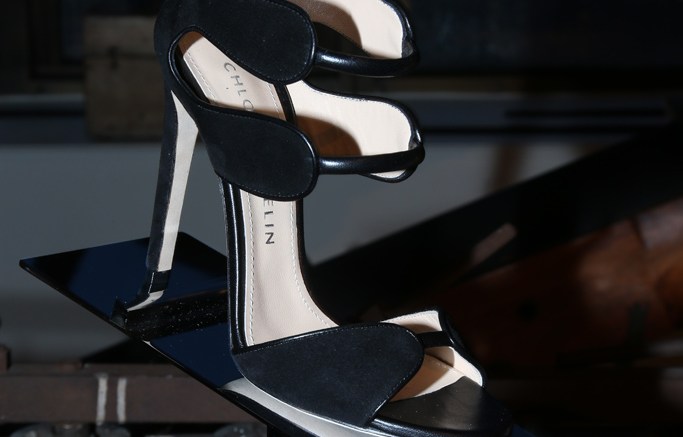 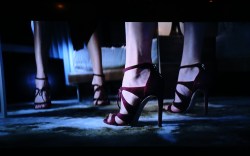 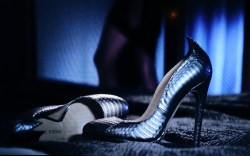 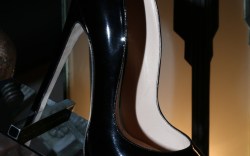 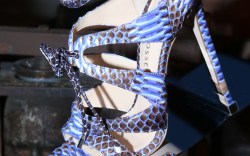 “Who wouldn’t want a trunk full of shoes,” said Chloe Gosselin on her latest endeavour, a very noire short film featuring her spring ’16 collection stuffed into the boot of a car belonging to a vixenish murderess on-the-run.

Acting duties were fulfilled by Belgian model Elise Crombez, who sported Gosselin’s heels as  she went about her dirty work and sped away in her hot wheels (wearing hot heels, no less).

The film, shot in the Hollywood Hills, was screened at Gosselin and fiancé David Copperfield’s New York penthouse apartment. But this wasn’t just any plush pad, oh no. Flat screens were scattered amongst Copperfield’s in-house museum of magic, filled to the brim with turn-of-the-century arcade games that the famed illusionist was happy to demonstrate.

Gosselin will debut her full spring ’16 collection this weekend, but attendees got a sneak peak of python stilettos and her signature round-toe pumps as well.

Watch the film below: