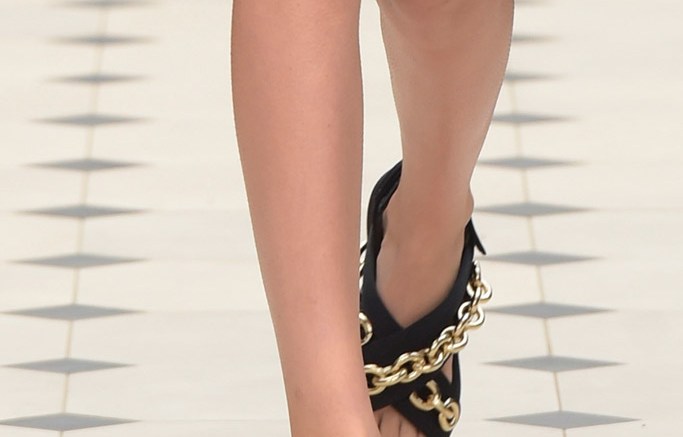 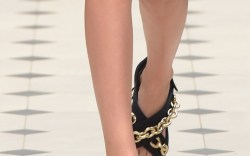 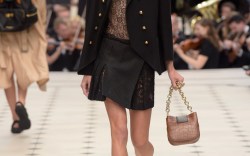 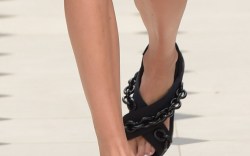 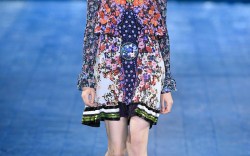 FN’s Mosha Lundström Halbert is on the ground at London Fashion Week for the spring ’16 shows.

Here, she brings you her pick for shoe of the day — the style that stood out among the rest.

This season, Burberry embraced a mellow ’90s mood. Footwear was big, black and bulky — it’s the ’90s we’re talking about here, after all. A flatform sport sandal came with a crisscross upper, either adorned with industrial-size chains or gold embroidery.

Sometimes, the footwear at Burberry can be a little too tied to the collection’s theme, as opposed to what women want to wear right now. This collection was better — the shoes had a zeitgeist-y desirability that felt on the money.

These days Mary Katrantzou is the only ready-to-wear designer Gianvito Rossi has time (or deems worthy) of collaborating with on runway footwear. With her latest cosmology-themed collection, it’s not hard to see why.

Unchartered territories were indeed explored in the form of brilliant metallic python booties and pumps with lucite slab heels — already a big spring ’16 trend. Sometimes they were crystal clear, other times tinted solarized hues. The effect was otherworldly and allowed airy dresses to almost float on by.

Straight on, they looked quite trad, but viewed from the side, the new shape (complete with high back tongue detailing) was anything but ordinary.