Sophia Webster Heads Under The Sea For Spring 2016 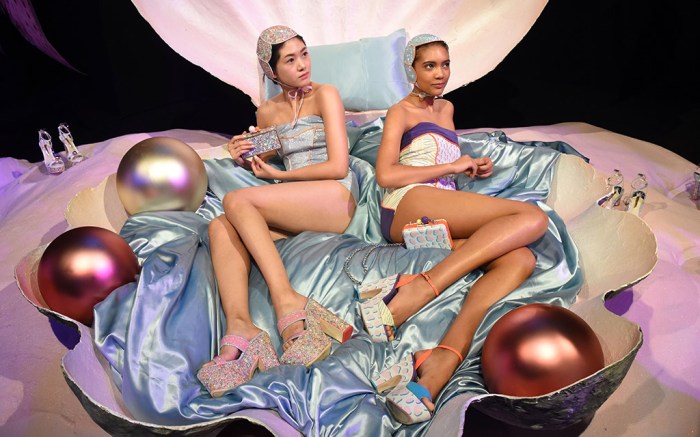 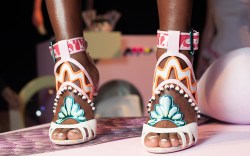 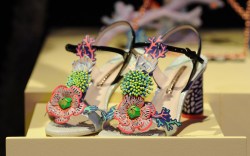 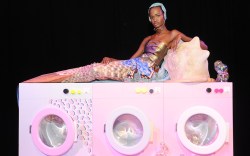 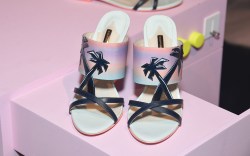 The sea. For ecologists, it’s the final frontier, but designers seem to love to explore it every few spring seasons. It was Sophia Webster’s turn today in London, in a presentation that merged her love of rave culture and extreme themes. The collection was dubbed #crazysexynauticool. Indeed, if someday in the imminent future, us critics are reduced to hashtag reviews, that one comes pretty close. #littlemermaidgoestoburningman would also work.

With some models sporting glistening fishtails and others creating a pearlescent vision from their perch inside huge satin-padded oyster shells, Webster challenged herself to craft shoes that did not get lost amongst the school of fish. Her main proposition was a super chunky platform sandal, shown in oceanic prints or covered in multifaceted glitter. While the shape was a wise shake up, the clear acrylic uppers with graphic detail and patterned soles were fighting with each other for attention at times.

Webster clearly has no shortage of ideas, many of them brilliant, but therein lies the rub: a tendency towards excess. Even with a set theme, it would have served her collection better if Webster had narrowed in on a specific element of waterworks – instead of doing it all because she can.